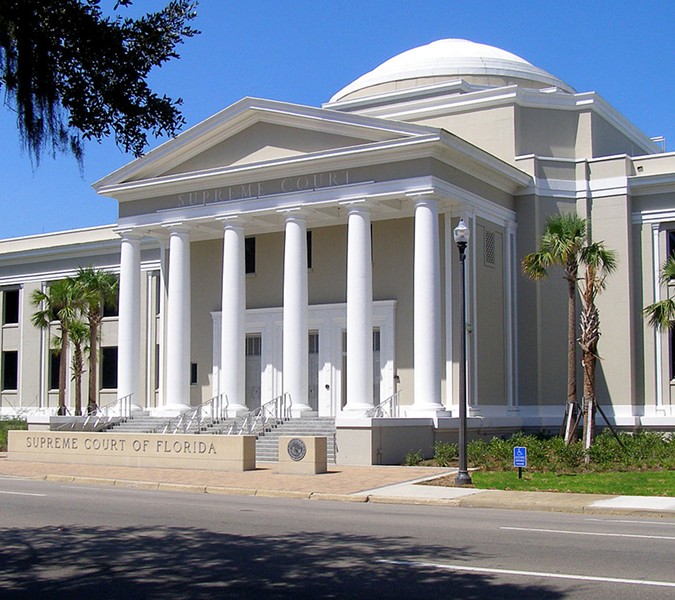 The Florida Supreme Court on Thursday upheld a law that set different tax rates for cable and satellite television services —- overturning a lower-court ruling that could have had major financial ramifications for the state.

The 16-page unanimous decision rejected arguments by satellite companies DirecTV and Dish Network that the differing tax rates are discriminatory and violate the Commerce Clause of the U.S. Constitution. That reversed a 2015 ruling by the 1st District Court of Appeal that raised the prospect of the state having to pay refunds to the satellite companies.

A key part of the case focused on arguments by the satellite companies that the different tax rates benefited cable companies that are "in-state interests" at the expense of "out-of-state" satellite operators. The satellite industry contended that violated what is known as the "dormant" Commerce Clause of the Constitution.

But the Supreme Court decision, written by Justice Peggy Quince, rejected such a distinction between the two types of television providers. Quince pointed, in part, to the fact that Florida's largest cable providers are headquartered out of state, as are the satellite companies.

"The cable and satellite companies have employees and property both inside and outside of Florida to facilitate their operations and earn income," Quince wrote. "They both employ Florida residents to sell, maintain, or repair their service to Florida customers. They also own and lease a significant amount of property in Florida."

The opinion added, "Cable is not a local, in-state interest any more than satellite. While it may be true that cable employs more Florida residents and uses more local infrastructure to provide its services, the Supreme Court has never found a company to be an in-state interest because it had a greater presence in a state."

Chief Justice Jorge Labarga and justices Barbara Pariente, R. Fred Lewis, Peggy Quince and Charles Canady joined the opinion. Justice Ricky Polston concurred with the opinion but did not fully sign onto it. Justice Alan Lawson, who joined the court at the end of December, did not take part in the case.

In a brief filed at the Supreme Court, the satellite companies described the difference in tax rates as "a 21st Century version of classic economic protectionism."'

But Thursday's majority opinion said justices did not find that the law was "enacted with a discriminatory purpose."