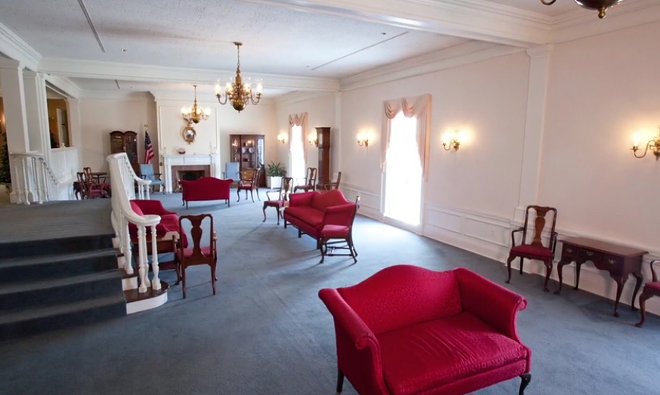 Disney has confirmed that the exclusive members club, known as Club 33, will be opening branches at Walt Disney World.

Club 33 opened at Disneyland in 1967 after the smaller lounge in the back of what is now the Plaza restaurant proved to be too small for the large crowds of VIPs that Disney was soon hosting.

The club became famous as one of the most difficult places to get into in Los Angeles, but over the years membership has shifted to a more country club style – anyone can join, as long as they can afford it.

Membership includes access to the 1901 lounge, found in the Carthay Circle Theater in Disney California Adventure. The second Club 33 opened at Tokyo Disneyland not long after the park itself opened in 1983. A third outpost of the members-only club opened at Shanghai Disneyland when that resort opened last summer. Each location has its own membership requirements and entrance fees. Membership is non-transferable from location to location, and it’s believed that all locations currently have a waiting list years long.

Now Club 33 is more than doubling the number of clubs with the four new clubs coming to Walt Disney World, one in each of the four main theme parks.

Few details on the four new Orlando clubs have been shared. The other locations all feature views of the park’s evening entertainment, so it’s believed the clubs here will as well. With that in mind, the possible locations for each Orlando-based Club 33 are limited.

WDW does have numerous lounges, formerly used by corporate ride sponsors. Many of these hidden-in-plain-sight lounges are occasionally rented out for special events, but the majority haven’t been updated in years, if not decades. It would be easy to remodel one of these rarely used lounges into a Club 33 lounge.

Disney has also confirmed that the locations here will be themed to the various travels of Walt and his wife, Lily. It's still unclear if each of the four lounges here will operate separately, requiring a membership to each location, or if they will operate in unison, similar to how Club 33 and the 1901 Club in Anaheim operate.

No information on pricing, opening dates, or other details have been shared but those interested in membership, which will be extremely limited, can email Disney World.

More information is expected this fall.