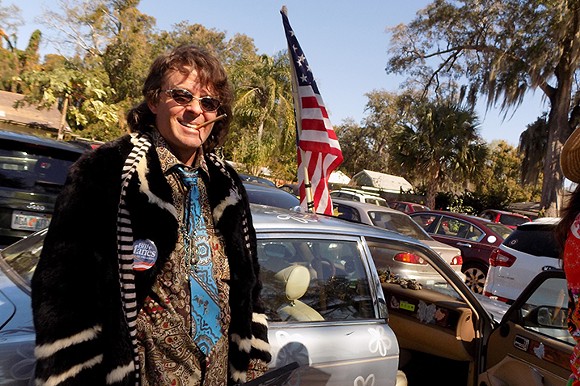 Almost a year later, we’re still missing Morgan Steele. Orlando’s eccentric, one-of-a-kind artist left this world after a car accident on April 23, 2016, in a year that saw incalculable loss and death. Gone as he is, Morgan continues to inspire the local community with the art he left behind, including the many iterations of Rativa, his own bizarre twist on Mickey Mouse. Orlando Weekly writer Liz Langley said it best in our paper’s tribute to Steele after his death. “The eccentricity, the gentleness, the manic productivity, the environmental clean-ups, the rants and the rats are recurring themes when people talk about Morgan Steele,” she wrote. “His passing drained a lot of light and color from our Orlando world, but oh, how grateful it made us for the many worlds he left behind.” Friends gather this weekend to celebrate the many worlds this legend left behind with tributes from Orlando freak rockers Franchise and Eugene Snowden, among others.