March for Science will take place this Saturday at Lake Eola 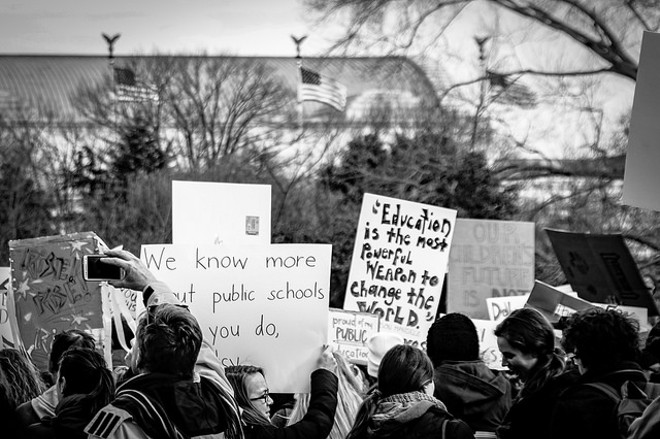 This Saturday, April 22, is Earth Day, and it's also the the first ever March for Science at Lake Eola in downtown Orlando.

Saturday's march, organized by the group For Our Future, is aimed at defending "the vital role science plays in everyday life, including in health, safety, economies, and governments."

The march is in conjunction with 400 other coordinated events around the world.

"From the Keys to the Space Coast to the panhandle, scientists here in Florida monitor the Everglades, test our water, and work on groundbreaking research at our state universities," said For Our Future spokesman Blake Williams in a press release. "Science is nonpartisan. Advocating for evidence-based policies and solutions serves everyone's best interests, and Saturday’s march is about speaking out in support of science together." The event will include speeches from FIT psychics professor Dr. Dan Batcheldor, mechanical engineer Michael Leon, and astrophysicist and TED talk presenter Hakeem Olusyesi.