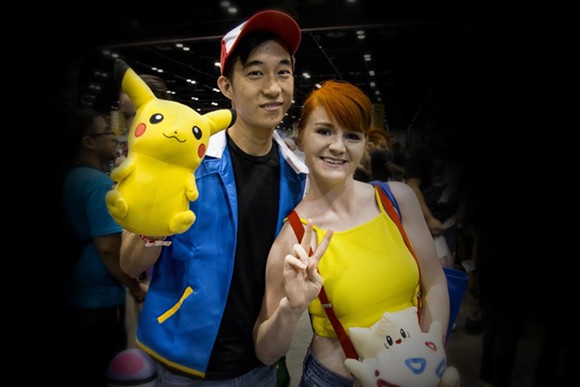 Nearly a year after the Pokémon GO craze, the Dr. Phillips Center for Performing Arts will debut Pokémon- Symphonic Evolutions.

It's called a video game concert, where visuals from the game combine with performances by the Orlando Philharmonic Orchestra to create a live, musical version of both old and new Pokémon video games.

This one-day event will be filled with all the Pokémon activities fans could ask for. At 10 a.m., at the Seneff Arts Plaza will host the Pokémon MiniCon, where guests can "catch em all" before the show via Pokémon Go, trade cards and enter a Pokémon Cosplay contest to win free tickets for the concert.

From 10:30 a.m.- 12:30 p.m., Pokémon-loving Rollins and Full Sail students studying music, video and other show production-related degrees will get the opportunity to take a behind the scenes look at the creation of the show backstage, where they can study the scores of the musical arrangements, see the video editing process and learn the business and marketing behind it all.

The actual concert will begin at 2 p.m. at the Walt Disney Amphitheater on April 30.

Tickets are $26 for the concert, however the events are all free.