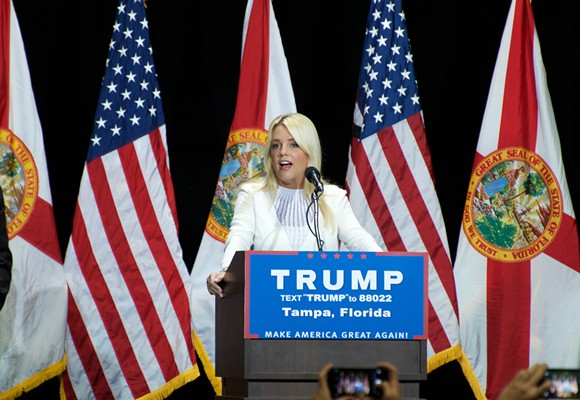 The Florida Commission on Ethics cleared Attorney General Pam Bondi over a complaint filed against her for soliciting a campaign donation from President Donald Trump while investigating alleged fraud at Trump University.

The complaint stems from a 2013 contribution from Trump to Bondi after she asked him to support her re-election campaign. The Trump Foundation cut Bondi a $25,000 check for her political action committee "And Justice For All." But during this time, Florida's attorney general was also considering whether the state should join a lawsuit regarding consumers who claimed that Trump University had defrauded them. Florida residents had filed complaints to the office as far back as 2008, before Bondi took office, and continued to file them in 2011.

Bondi decided not to pursue the allegations then, and ultimately, Trump agreed to a $25 million settlement with students in the New York case after he was elected. Trump also had to pay a $2,500 penalty to the IRS after authorities discovered the contribution was an illegal political donation the Trump Foundation, which is not supposed to make political contributions because it's a charitable foundation.