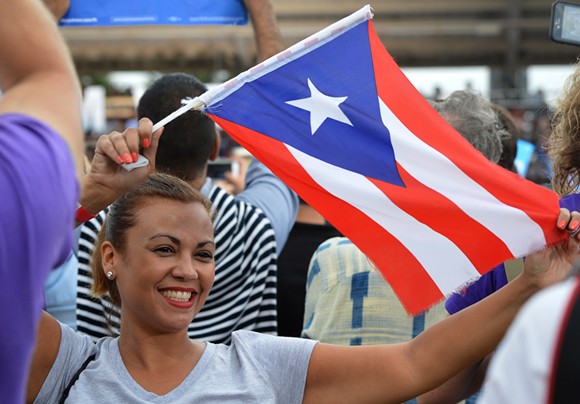 Prepare to hear a lot of "Wepa!" cheers this weekend if you're in downtown Orlando.

The Florida Puerto Rican Parade and Festival will be held on Saturday, April 29, in Orlando starting at 10 a.m. The parade starts on the corner of East Concord Street and North Orange Avenue and ends in front of the Dr. Phillips Center for the Performing Arts, 445 S. Magnolia Ave. A free festival with craft vendors, Puerto Rican foods and drinks will be held after the parade on the Seneff Arts Plaza. Live music will be provided by Plena Libre, NG2, Roy Brown, Charlie Cruz, Alex el Bizcochito, The Dream Team Boyz, El Big Man del Mambo and La Rondalla de America.

"We will be marching in the streets of downtown Orlando to show we are united amidst the fiscal crisis and all the troubles affecting our beloved island," says Ralph Morales, current president of the non-profit organization Florida Puerto Rican Parade, in a statement.