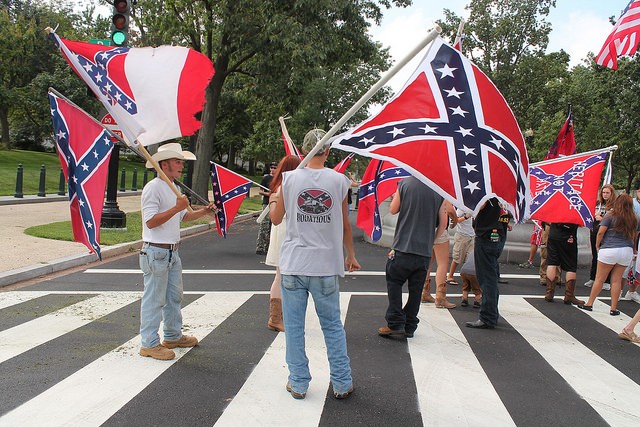 In honor of the biggest sore losers in American history, the town of Belleview, Florida, will hang a Confederate flag this week at their City Hall for National Confederate Day.

Ignoring any racist connotations that most definitely accompany the flag, the local Sons of Confederate Veterans unit will hoist the Confederate flag at 7:30 a.m. this Wednesday, April 26, reports the Ocala Star Banner.

Besides the whole pro-slavery thing, the controversial flag was most recently a symbol embraced by Dylan Roof, who killed nine black people at Emanuel African Methodist Episcopal Church in Charleston, South Carolina, in 2015.

Since the shooting, many public space have removed or taken down Confederate symbols, including images of it in the Florida state seal and a flag hanging at Disney's American Adventure theater at Epcot.

“It’s part of the history of our community,” said Belleview Mayor Christine Dobkowski to the Star Banner. Dobkowski told the paper she hasn't heard any formal complaints about the flag raising.