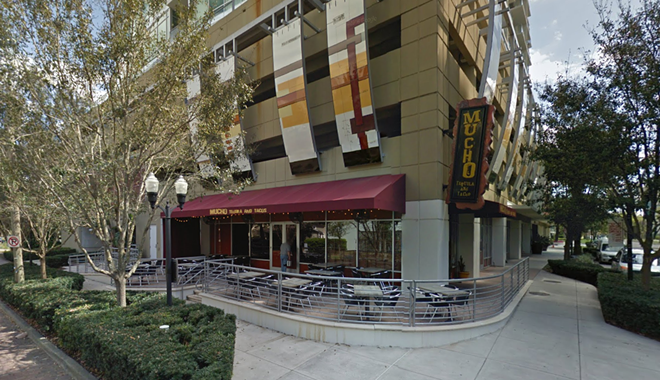 Out with quesadillas and in with seafood boils: the Thornton Park Mexican restaurant and bar Mucho Tequila and Tacos is getting a Louisiana makeover.

A New Orleans-inspired restaurant called Muddy Waters will soon take over the space occupied by Mucho, according to a statement from the Beacon Hill Group, Mucho's current owner.

Scott Joseph's Orlando Restaurant Guide reports that Mucho will close its doors on Sunday, May 7, with Muddy Waters opening by the end of the month.

Chef Bernard Carmouche started his career in New Orleans, later relocating to Orlando to be mentored by Chef Emeril Lagasse and work in his restaurant. He was inducted into the Orlando Culinary Hall of Fame in 2011.

Chef Larry Sinibaldi has worked in Orlando for over 20 years. In 2015, he created and opened Two Chefs Seafood Oyster Bar with partner Carmouche.

“Following the remarkable success we have enjoyed with our first Two Chefs restaurants, we were inspired to expand our brand by developing a new concept and New Orleans-inspired cuisine just felt right to both of Chef Bernard and me,” Sinibaldi said in a statement.

Scott Joseph reports Muddy Waters will feature an oyster bar, as well as menu items like Smoked Trout Beignets, Gumbo with duck, sausage and okra and Grilled Redfish. Jazz brunch on weekends and patio seafood boils are also being planned.