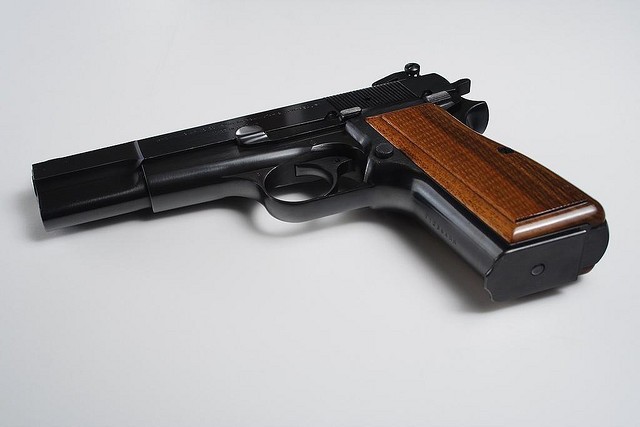 High noon is approaching in a standoff over part of a controversial bill dealing with "stand your ground" self-defense cases.

The House and Senate have both backed passing a bill that would shift a key burden of proof in "stand your ground" cases, but they have taken different stances on an important legal detail.

The Senate is deciding which chamber's proposal to put up for a vote next week, the final scheduled week of the 2017 legislative session.

Sen. Rob Bradley, a Fleming Island Republican who is sponsoring the Senate bill (SB 128) said Thursday the issue won't "die in messages" — the process of bills bouncing back and forth between the House and Senate.

The issue stems from a Florida Supreme Court ruling in 2015 that said defendants during pre-trial hearings have the burden of proof to show they should be shielded from prosecution under the "stand your ground" law. The House and Senate would shift that burden to prosecutors, a change backed by groups such as the National Rifle Association.

In changing the burden of proof, the House wants to require prosecutors in "stand your ground" cases to overcome the asserted immunity sought by defendants through "clear and convincing evidence."

But the Senate, which rejected the "clear and convincing evidence" language earlier this session, wants a higher standard known as "beyond a reasonable doubt."
Steube refused to say many of his other proposals — including allowing people to openly carry guns or carry firearms on university campuses or into airport terminals — are dead for the session. "They're still live bullets, I mean the language is alive," Steube said. tweet this
The "stand your ground" law has long been controversial. It says people can use deadly force and do not have a duty to retreat if they think it is necessary to prevent death or great bodily harm.

Critics contend that either the House or Senate approach to the issue would make it easier for people involved in fatal shootings to use “stand your ground” when there are no victims to counter the self-defense claims.

While the “stand your ground” issue remains to be resolved, Second Amendment advocates have had relatively little to show for the legislative session.

On Thursday, the Senate prepared for a possible vote Friday a measure (SB 616) that would allow people with concealed-weapons licenses to hang onto their handguns until they reach security checkpoints inside courthouses.

The proposal cleared the Rules Committee on Tuesday. But even if it is approved by the entire Senate, the fate of the bill remains to be seen as the House doesn't have a companion bill.

Senate Judiciary Chairman Greg Steube, a Sarasota Republican who is sponsoring a number of firearm-related bills including the courthouse measure, said he hopes House Speaker Richard Corcoran will pick up the proposal when it comes over from the Senate.

Steube refused to say many of his other proposals — including proposals that would allow people with concealed-weapons licenses to openly carry guns or carry firearms on university campuses or into airport terminals — are dead for the session.

Steube has been unable to advance many of the bills through his divided Judiciary Committee, largely because of opposition Sen. Anitere Flores, R-Miami.

"They're still live bullets, I mean the language is alive, but I think the members of the Senate have made it very clear where they're at," Steube said.

On Wednesday, the Senate voted 22-13 to approve a measure (HB 849) that would allow people with concealed-weapons licenses to pack heat at private religious institutions that have schools.

The proposal will have to go back to the House because the Senate included a change that would prohibit people from carrying guns during school hours or when school activities are underway. The restriction was not included in the bill when passed by the House.

Supporters have said people with concealed-weapons licenses should be able to be armed at churches for security reasons.

"In this era across the country, we have had attacks during worship services, burglaries or thefts or robberies during worships, and people appear at church services with problems," Sen. Dennis Baxley, R-Ocala, said. "There is a security aspect in every environment and many people are willing to embrace that responsibility."

With some high-profile gun bills getting stuck in the Senate, the House hasn't focused on the measures.

"Obviously, I think there is interest in the House, but without any movement in the Senate, we've decided to spend time on things that we can actually get done," Rep. Neil Combee, an Auburndale Republican who is a key backer of gun-rights bills, said early this month.