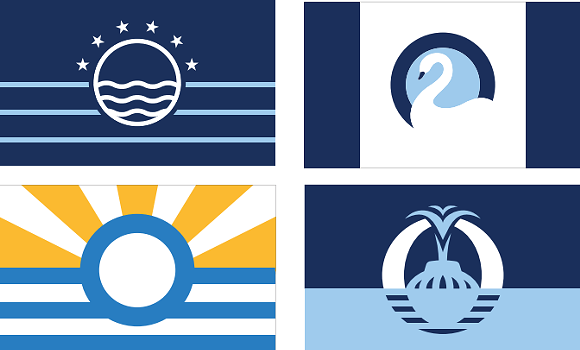 The top four finalists in the contest for the City of Orlando's new flag have tweaked their designs for resubmission.

The public can comment on the four new designs from Monday, May 8 at 8 a.m. until Monday, May 22 at 11:59 p.m. on the city's website, cityoforlando.net/flag/. The city will also be touring prototypes of the flag designs around town for people to see in person. You'll be able to see the flag and leave input at the following locations:

After the public's comments, the committee will review the recommendations and bring a recommendation to Orlando City Council. The city's current flag was adopted by the council in 1980 and depicts the Lake Eola fountain and several unidentifiable buildings.