Folks driving up and down Orlando Avenue have been wondering what would move into the stand-alone building on South Orlando Avenue that was once home to Italio Modern Kitchen.

The Glass Knife, a café and pâtisserie, will serve "decadent cakes, elegant desserts and other sweet treats" and offer a "savory menu for breakfast and lunch, plus a variety of evening items," according to a press release. 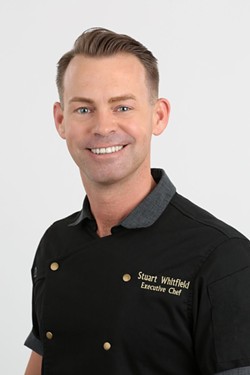 The café is the brainchild of local entrepreneur Steve Brown and is inspired by his mother, Jacque, a hobbyist baker. Stuart Whitfield, who's been a pastry chef for noted brands such as Le Cirque, David Burke & Donatella, Four Seasons and Disney, will come on board as executive chef.

Whitfield will spin modern takes on Brown Family classics like red velvet cake, carrot cake and coconut cake, while crafting his own signature line of pastries and artisanal donuts (lemon meringue pie and peanut butter cup are two flavors to look forward to). Scones, croissants and cookies will also be offered.

On the savory side, breakfast fare along with soup, salads and sandwiches, and heartier fare like chicken pot pie will be served.

Coffee, naturally, will be a focus (Glass Knife wants to become "Winter Park’s premier coffee destination"), as will craft beer and fine wine.

The Glass Knife is so named for the collection of Depression-era glass cake knives Jacque Brown amassed over the years, which will be proudly displayed.

The Glass Knife is shooting for a fall 2017 opening.