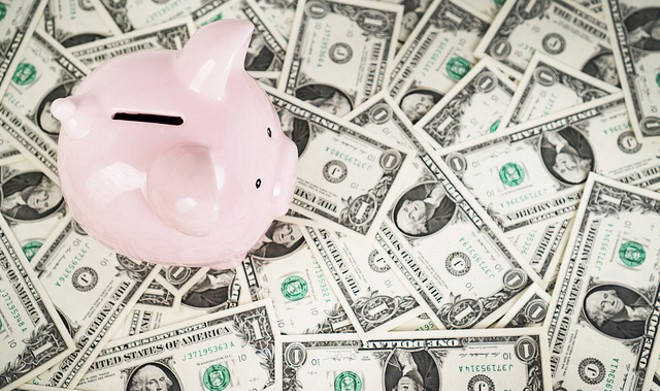 The Florida Legislature overwhelmingly approved a state budget and ended the annual session Monday, after narrowly avoiding a meltdown over a controversial measure that makes sweeping changes to the state's education system.

The $82.4 billion budget for the year that begins July 1 passed the House on a 98-14 vote, and the Senate on a 34-4 vote. All told, when combined with other legislation approved Monday, the House and Senate approved about $83.1 billion in spending.

The budget package includes a modest increase in per-student spending through the state's main education formula, $521 million in Medicaid cuts for hospitals and far-reaching changes to education across the board.

There was little drama over the budget vote in either chamber. In both cases, lawmakers gave the bills more than enough support to overcome the possibility of a veto by Gov. Rick Scott.

Republican lawmakers tried after the session to downplay any talk of Scott taking that step, which would be extraordinarily rare.

"I think there's a lot in the budget that the governor's going to like," said Senate President Joe Negron, R-Stuart.

Instead, the biggest challenge lawmakers faced was getting approval for a delicate, tit-for-tat agreement on budget-related bills that moved through the House and Senate in quick succession Monday night: a House education bill for a Senate higher education bill, a package on economic-development funding for a bill on state employees' pay and benefits.

The closest showdown came on a 278-page education bill, favored by the House, that emerged from budget negotiations Friday evening. That measure covered everything from charter schools and teacher bonuses to school uniforms and designating September as "American Founders' Month."

The most notable parts of the legislation (HB 7069) were a proposal known as "schools of hope," which would encourage charter schools to locate near academically struggling public schools, and an expansion of the "Best and Brightest" teacher bonus program.

But several senators rebelled against the sprawling bill and the process that produced it. Sen. Bill Montford, a Tallahassee Democrat who also serves as head of the Florida Association of District School Superintendents, slammed the bill as an attempt to push otherwise unpopular education proposals through the Senate.

"Most of these issues have been around for years," Montford, a former Leon County schools superintendent, said. "Some of them have been before this body. They've just never been accepted. And the reason they weren't accepted was because this body came to the conclusion that it was not good for students."

"I love this Senate too much for me to support this bill or the concept of bills that do this," he said.

Even Senate leaders seemed wary of the legislation. Sen. David Simmons, who chairs the chamber's education budget subcommittee, voted against the bill after presenting it to the Senate.

In an unusual opening to the day's session, Senate Appropriations Chairman Jack Latvala, R-Clearwater, essentially apologized for the bill.

"If there's fault to be had for one of these bills that has gotten a little bit out of control, just understand that we won't do this again under my watch on this committee," Latvala said. "I promise you."

But senators who reluctantly backed the bill also made no secret of the stakes: If it were rejected by the Senate, the House would essentially shut down the budget votes Monday and force the Legislature into a special session.

"This is really more than a vote on this bill," said Sen. Doug Broxson, R-Gulf Breeze. "It's a vote to come back here in special session. If we vote this down, we will be back here in a few weeks. There's no question about it."

That the budget and related bills did not pass until Monday was already a sign that, in some ways, the budget process had broken down. Lawmakers were scheduled to end the session last week, but failed to approve a compromise on the budget in time to allow for a constitutionally required 72-hour "cooling off" period before Friday night.

There were other measures tied up in the budget process that also attracted controversy —- including a bill (SB 7022) that gives pay raises to state workers but also includes changes to retirement and health-care benefits that some Democrats found hard to stomach.

"On the cover it says pay increases," said Rep. Ramon Alexander, D-Tallahassee. "But inside the book it says something else."

Attention quickly shifted Monday night to Scott, who has openly mused about the possibility of vetoing the entire spending package, after lawmakers ignored his push for economic-development incentives, increased funding for tourism marketing and improvements to the Herbert Hoover Dike around Lake Okeechobee.

House Minority Leader Janet Cruz, D-Tampa, said she planned to spend the entire summer "at least a couple-hour plane ride away," in case she needed to return to Tallahassee following a veto.

But even she conceded that with the lopsided margins for the budget in both chambers, a veto by Scott would be unlikely to have much of an effect.

"I don't think that it would change the outcome," she said. "It would just send a message."