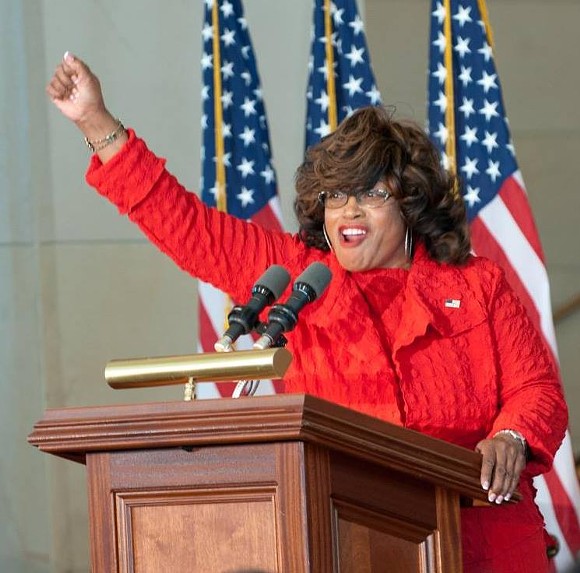 Brown, a Democrat whose former district included the Jacksonville area, was found guilty of 18 out of 22 charges against her, including things like lying on her taxes and using a bogus scholarship called One Door for Education to bilk donors of nearly $800,000, money that was used for NFL luxury boxes, Beyoncé tickets and more.

Brown, who pleaded not guilty, has been convicted of five counts of mail fraud, seven counts of wire fraud, conspiracy, one count of scheming to conceal material facts, one count of obstruction of IRS laws and three tax fraud charges, reports WJXT4.

Brown was named in a 24-count indictment last year.

Federal prosecutors claimed Brown instructed her chief of staff, Elias "Ronnie" Simmons, to remove the maximum of $800 a day from the One Door account at an ATM near his house and deposit it into her account.

Brown claimed Simmons operated independently and that she was left in the dark with One Door's money. So, of course, Simmons and the charity's president testified against her.

Brown, who once called the case a "half-truth witch-hunt," has been released on bail until a sentencing hearing is set. Her attorney told WJXT4 that she plans to file motions for a new trial.