May 12, 2017 at 4:13 PM
comment
THIS LITTLE UNDERGROUND
Swamp Sistas Songwriters Circle, The Imperial, May 10

The Swamp Sistas Songwriters Circle is the music sorority fostered by local musician and mover Beth McKee. And their latest gathering was a warm-up for their fifth annual La La, the big eight-hour live showcase happening May 20 at the Fringe Festival lawn.

As exemplified by this night’s roster, the cross-genre alliance continues to expand impressively in range, now encompassing not just traditional roots artists like McKee but also torch-folk standout Zoya Zafar, loop artist Renee is a Zombie, Mexican folk artist Ka Malinalli and hip-hop star E-Turn, who rocked the Imperial probably harder than it’s ever been.

There’s even a storyteller, Madeline Pots, in the ranks. 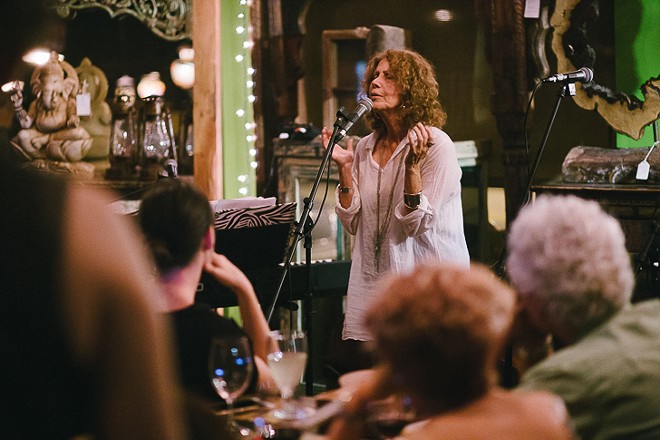 At the event, the spotlight was essentially a carousel, allowing each artist to shine on her own. But, reinforcing the word “circle,” some were supported live by peers, doing instrumentally what they do for each other in spirit and emotion.

This ramp-up show was intimate and informal. But after seeing a glimpse of the Swamp Sistas’ fellowship and talent up close, their upcoming official showcase at the Fringe lawn stage – which will feature longer sets by even more artists, some with full bands, as well as some of the aforementioned collaborations – should be very worthwhile. And it’s the main event for their La La Summer Hope campaign to raise money for the crucial Second Harvest Food Bank of Central Florida. 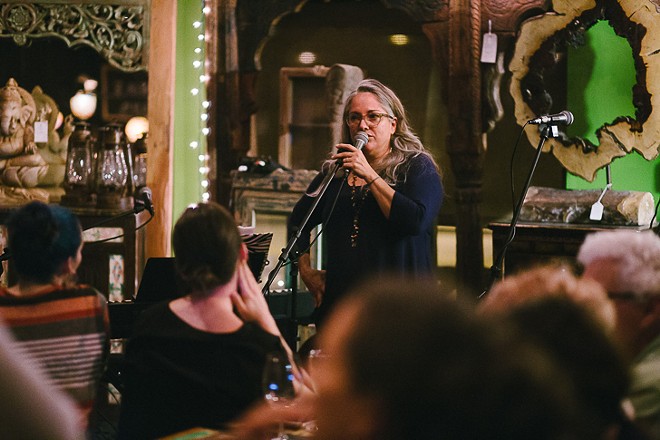 Beth McKee has long been known for bringing artists together and fostering community. But this society of ladies is maybe her most essential building endeavor yet.