If you're a fan of Bravo's Top Chef, you'll no doubt recall Season 3 contestant (and eventual winner) Hung Huynh and his "out of the box" creations. 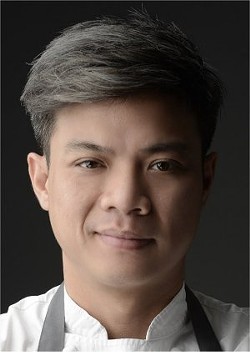 bit of a journeyman chef, kicking around various Manhattan kitchens before teaming up with the EMM Group in 2011 to open Catch and now-closed The General.

After a less than cordial departure from EMM in 2015, Huynh took time to travel, appeared on Chopped All-Stars, and staged a series of pop-ups around New York City.

But on May 21, the Vietnamese-born chef who was raised in Pittsfield, Massachusetts, will open his Asian street food concept Mamaling's – in a Palm Coast strip mall, of all places.

Judging from Mamaling's Instagram feed, noodles will be offered (duh!) as will these wicked-looking watermelon radish tacos with hamachi tartare.

According to Google Maps, it'll take a little over an hour to get to the Palm Coast eatery from Orlando.

Now say it with me: Road trip!