Daytona Beach Boardwalk might soon lose the last of its rides 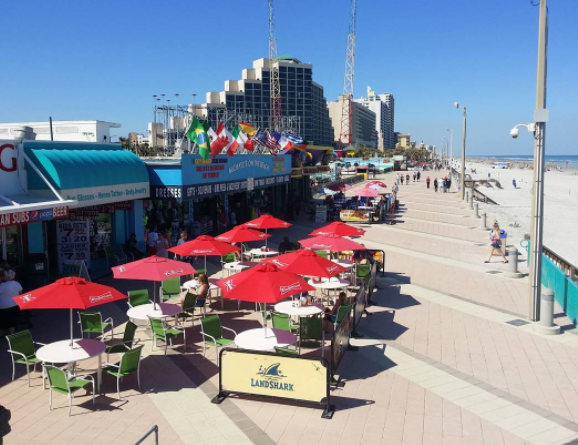 The Daytona Beach Pier and its nearby boardwalk have been a central draw for the beach resort city since 1925 (the boardwalk opened a few years later, around 1938), but in recent decades the city has struggled to keep tourists going to the aging pier and boardwalk.

Most of the rides were cleared out by the city in 1989 to make way for a new hotel, hoping it would be a magnet for other investments in the area, most of which never came. An events center, a water park on the city-owned property, plus a multi-level retail complex with Bubba Gump’s, Sloppy Joe’s, Jonny Rocket’s, and other restaurants were all added in the past few decades, but still, the boardwalk area seems dead on all but the busiest days.

In the late ’90s, the area was able to sustain itself from the large summer and spring break crowds, but when the city put an end to most of the debauchery, the crowds left. Long gone are the days of live feeds from Daytona on MTV, which the city specifically asked not to return, and music videos being filmed there.

In 1999, Hurricane Floyd washed away 250 feet of the pier. After years of deliberation, the city finally remodeled the pier. The former tackle shop, which had originally opened as a casino and ballroom, that sat on the pier was turned into a restaurant space, and after much debate, the city turned to Joe’s Crab Shack to save the day. The pier was featured in national advertisements for Joe’s Crab Shack and quickly became one of the chain's most iconic locations.

Now, Joe’s is on the verge of closing, and the owner of the amusement rides is threatening to shut them all down due to insurance costs. Last year, Joe’s Crab Shack's parent company, Ignite Restaurant Group, reported a net loss of $44 million, nearly four times that of local theme park operator SeaWorld. Joe’s still has five years left on its lease with the city.

The Slingshot thrill ride will be scrapped when a new, taller one opens as part of new thrill ride park Screamers Park along A1A, a block to the east of the boardwalk. The new ride will join a Vomatron spinning swing thrill ride.

The other rides, including a tilt-a-whirl and go-karts, have sat since earlier this year, when the owners got a new insurance policy that doubled their previous rate. The ride operator owes nearly $30, in back taxes and now the government might seize the property to recover the taxes.

The lot owner, to whom the ride operator pays rent, has long been rumored to be eyeing the beachfront boardwalk property for a new hotel development. Without a new, much lower insurance estimate, the rides will likely stay for the time being, and if no compromise is found they may be sold off by this summer.