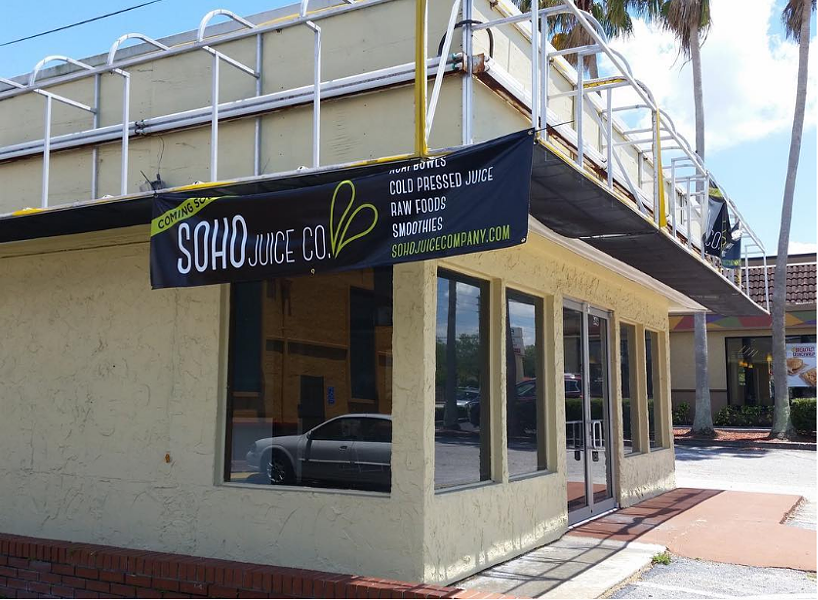 A new healthy option is coming to Winter Park, and it's sandwiched right between a Taco Bell and a Popeyes.

Orlando Weekly food critic Faiyaz Kara reports that the popular Tampa-based juice bar SOHO Juice Company will be moving into the old Subway spot next to the Taco Bell at 646 S. Orlando Ave.

SOHO only has two other locations in Florida, St. Petersburg and Tampa. At this time, there is no set date for its expected opening.

Though SJC is largely known for its daily cold-pressed juices, they also have other food items like acai bowls and vegan cookies.