This billboard makes a reasonable point about Marco Rubio

Marco Rubio, the Florida senator who has been noticeably absent from meeting with his constituents at citizen-organized town halls, is now featured on a big ol' billboard.

The billboard, which reads "Rubio refuses to do town hall meetings. Floridians deserve to be heard. So we made this billboard," was paid for by the group Indivisible, and is located along the same route Rubio will take to the Pinellas County Republican Party's dinner at the at Hilton St. Petersburg Carillon Park on Friday, May 19. 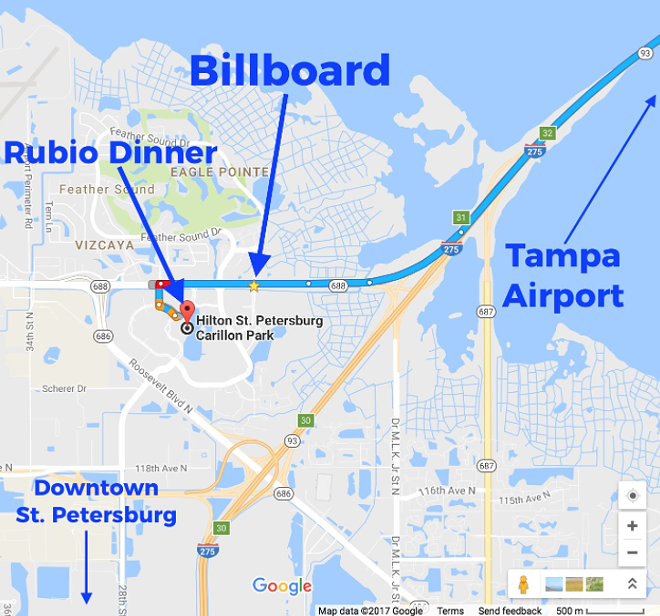 Indivisible has been constantly hounding Rubio about meeting with constituents, so much so the Senator has been asked to vacate his offices in Tampa and Jacksonville after loud protesters have unsuccessfully clamored to meet with Rubio.

Rubio's press secretary once defended the Senator's terrible town hall attendance by stating that organizers with Indivisible are using town halls "to stage a hostile atmosphere, record themselves booing no matter what is said, and refuse to give up the microphone."