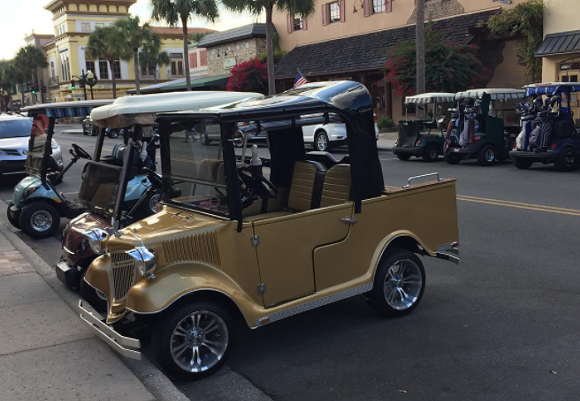 Sumter County Sheriff deputies arrested multiple suspects last week in connection with what they referred to as a "golf cart theft ring" operating in and around The Villages.

According to SCSO, James Logan, Heather Senn and Johnny Hurst III were all implicated with stealing and flipping a high-end golf cart.


On May 11, 2017, at approximately 1:20 a.m. an undercover detective with the Sumter County Sheriff's Office - Special Investigation Squad made contact with James Logan who offered to sell a recently stolen golf cart for $600.

The undercover detective met with Logan in the Lowe's parking lot located at 13705 US-441 the Villages, FL to purchase the stolen golf cart. When confronted by detectives, Logan fled on foot from the scene with deputies in pursuit.

After a short foot chase, Logan was Tasered and taken into custody. Detectives were able to trace the owner of the golf cart purchased from James Logan and found that it had been stolen from within the City of Lady Lake just a few hours prior.

Logan, who told authorities he steals around 30 golf carts a month, was charged with grand theft of a motor vehicle, dealing in stolen property, possession of burglary tools and resisting arrest without violence.

Senn and Hurst were charged with dealing in stolen property.