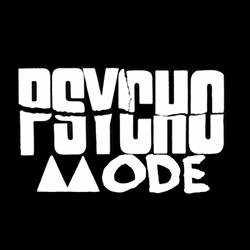 Movie adaptations and jukebox musicals are ubiquitous these days, but I'm pretty sure John B. deHaas is the first to think of taking Alfred Hitchcock's horror classic Psycho and replacing Bernard Herrmann's
stabbing strings with the synthesized songs of Depeche Mode. Just as in the movie, Marion Crane (Jessica Hope) embezzles from her employer (Joe Swanberg) in order to run away with her lover (Shea Rafferty), only to run into motel owner Norman Bates (Peter Heid) and his troublesome mother. Only this time, they do it while singing Saturday Night Vinyl staples like "Enjoy the Silence" and "Master and Servant."

In adapting the film, deHaas (composer of previous Fringe musicals Theme Park Diva and Just This Once) has hewed closely to Joseph Stefano's original screenplay, inserting 1980s-era alternative hits but retaining the 1960s setting and dated dialogue. Most of the musical selections are ingeniously appropriate, such as private investigator Arbogast (Holland Hayes) conducting interrogations to "Question of Time" and "Policy of Truth," but a couple are head-scratchers, such as setting the infamous stabbing scene to "Personal Jesus."

Director Chris Yakubchik has some fun re-creating iconic screen images, like the floating faces Marion imagines or shadow play during her fateful shower, but much of the staging feels flatly constricted on the Gold stage, with frequent static tableaus and awkward scene changes. The cast does a more than credible job of capturing their cinematic characters, especially Heid (whose boyish features bear an eerie resemblance to Tony Perkins') and Allyssa Yost in the Vera Miles role. Microphone problems plagued the press preview, making it impossible for me to evaluate the final sound quality, but the players all possess passable-to-excellent voices, and deHaas's backing score (a mix of live keyboards and backing tracks) is faithful to the synth-tastic originals.

Ultimately, I found Psycho Mode to be an intriguing experiment, but not as satisfying as some of deHaas's earlier productions. The show's fundamental issue is that most of the musical numbers, while cleverly incorporated, only recapitulate the emotions already expressed in dialogue, rather than advancing the plot, which makes the show feel dramatically sluggish despite being shorter than the source material.

That being said, Psycho Mode is a must-see for major fans of Hitchcock and/or Depeche Mode. (I'm not certain how big the Venn diagram intersection of those two subcultures is, but presumably they've bought their tickets already.) As for the rest of us, this show at least is far more entertaining an adaptation than the Gus Van Sant remake.