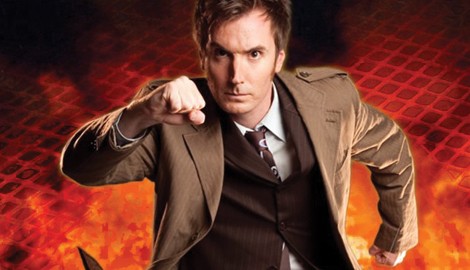 I start my 2017 Fringe experience with an apology to Rob Lloyd, the writer and star of Who, Me: I’m just a casual Doctor Who fan. But after experiencing your one-man show, in which you confess your obsession for the British television program, I have a better understanding of the cultural phenomenon and a greater appreciation for you as an actor.

“I am not proud of this at all, but you need to see it,” Lloyd tells us at the beginning of Who, Me, which is part fan tribute, part stand-up routine and part six-year therapy session for the renowned Australian performer. (Yes, he’s been performing the show around the world that long.) He recalls how Doctor Who has affected his life over the last 20 years, informing his sensibilities and even his life decisions. And then he proceeds to put the Doctor on trial for causing his obsession.

Not every moment works, and a few sound and lighting glitches slowed down Tuesday’s preview performance. (Others actually added to the charm.) And, admittedly, those who don’t follow Doctor Who will miss multiple references, but Lloyd’s charm, confidence and intelligence – three words he uses to describe his favorite Doctor, Jon Pertwee – make this production enjoyable for fan and non-fan alike. (Oh, and Lloyd looks an awful lot like another Doctor, David Tennant. Sorry, it’s an in-joke.)

Though Who, Me is smartly scripted, Lloyd still finds time to ad-lib and involve the audience. He even asks us to linger after the show and discuss with him our own Doctor Who memories. Well, I must admit I never really had one – until now. It’s Lloyd’s show.