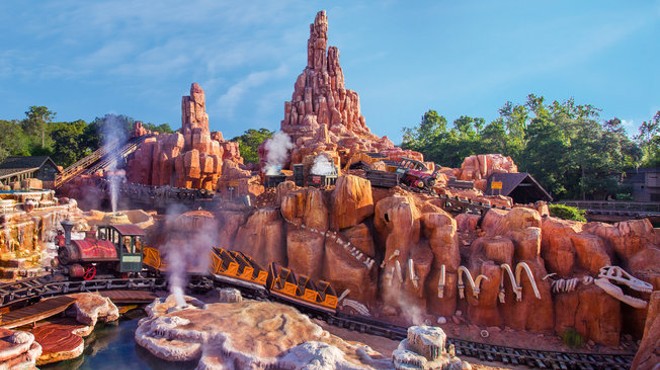 If Congress gets its way and sends us all back to A Time Before Obamacare, fret not – for the price of a one-day pass to Walt Disney World, you can at least get your kidney stones fixed right up.

Dr. David Wartinger, a urological surgeon from East Lansing, Michigan, noticed something over years of practice: "anecdotal reports from patients who had passed small kidney stones during and immediately after visiting the Disney theme parks." As The Atlantic magazine reported:

[O]ne particular gentleman really inspired Wartinger. The man rode Big Thunder Mountain Railroad at Disney’s Magic Kingdom, and then passed a small stone. Then he did it again and passed another. And then another. “That was just too powerful to ignore,” Wartinger said. “I'd been hearing these anecdotal stories for a couple years, and then I thought, okay, there's really something here.”


Last year, Wartinger and a colleague did an informal study at Walt Disney World using a 3-D printed silicone "kidney," filled with (real) stones and (yes, real) urine. After 60 rides on Big Thunder Mountain Railroad, they found that the stones passed passed 63.89 percent of the time in the rear of the car, but just 16.67 percent in the front.

“What was amazing was within just a few rides it became obvious that there was a huge difference in passage rates whether you sat in the front or the rear of the coaster … There was a lot more whipping around in that rear car.”


Wartinger says any roller coaster might work, though they only did the test on Big Thunder Mountain: "[Other parks] reacted anywhere from lukewarm to really not sure what to do with us."