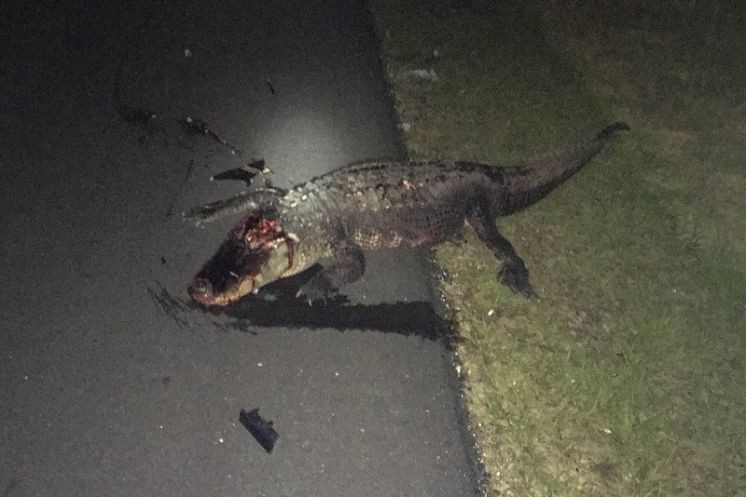 A Florida woman's car flipped over multiple times after hitting a 9-foot alligator that was in the middle of Interstate 75.

According to Florida Highway Patrol, 34-year-old lawyer Jennifer Rosinski of Cooper City, Florida, walked away from the incident with only a few cuts and bruises.

The alligator, on the other hand, not so much.

Rosinsky told the Palm Beach Post that she initially thought she hit a fox, saying, "I've never been in a significant accident before, and the first one I'm in is car versus alligator!"

Crashes involving alligators are rare along that stretch of I-75 in southwest Florida, said Lt. Gregory S. Bueno to the Post. "You expect to see something like that on Alligator Alley," said Bueno. "Typically, in that part of Sarasota County, you see incidents involving deer or maybe a cow that got out of a fence. But alligators? No."