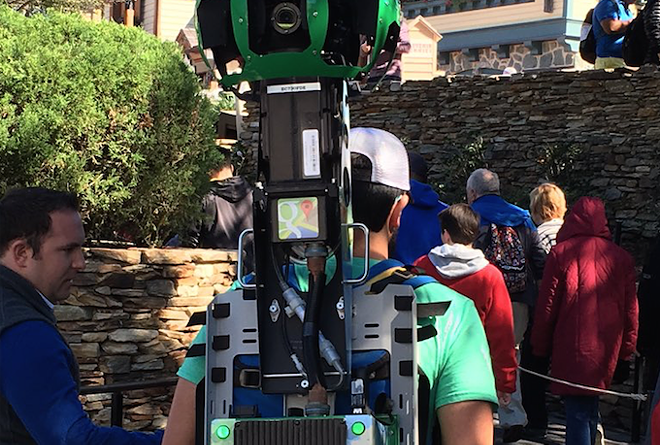 Just over a year ago, Google Street View cameras were spotted walking around the Magic Kingdom. Google Street View has added all of the area theme parks in recent years, but even after the sightings early last year, Google Maps has yet to update the new in-park street view.

Despite this, Google Street View’s team was spotted back at Disney World earlier this month. Local Disney news blog Blog Mickey has posted a picture of a Google Street View backpack from what looks like inside the new Pandora – The World of Avatar.

The Google Street View backpack that Blog Mickey spotted in Pandora looks like the same model as the one spotted in Disney parks last year. This is different than the bicycle model that has been used in some parks, including SeaWorld.

There’s no telling when Google will update the Street View maps to include Disney parks. For now, you can view Pandora and other sites around Walt Disney World via photospheres, which give you a 360-degree view of the area, but you can’t navigate through in the same way as you can via Street View.

Google Street View does currently include many of the local attractions, including the now-closed Wet Wild and Universal CityWalk with NBA City still intact.