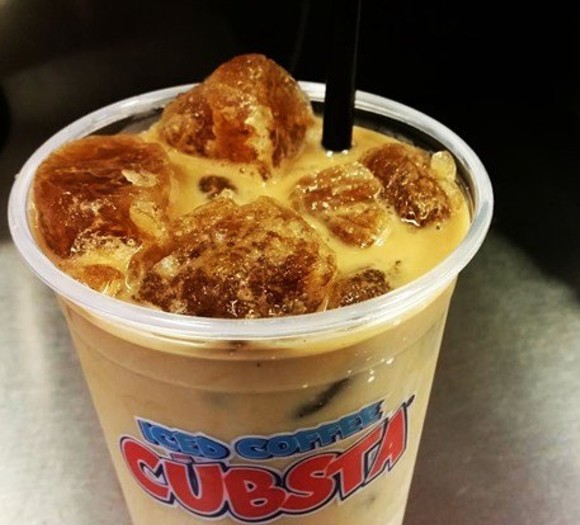 The word circulating around business and barista circles is Starbucks finally figured out what we all knew about ice cubes: They dilute coffee.

The chain is now testing frozen coffee cubes that won't water down your cold brew at some stores in Baltimore and Philadelphia, but here's the kicker: There's an 80-cent upcharge.

You know where that's not a thing and where iced coffee with frozen coffee ice cubes is just de rigueur? Brooklyn Water Bagel in Lake Mary and on Goldenrod Road. (You can also get one of the best bagel-and-schmears in town while you're at it.)

The iced coffee "Cubsta" at BWB comes filled with artisan-roasted cold coffee and topped with iced coffee cubes. Also, there's a creamer-and-sweetener bar for ultimate customization. To boot, an old-school chocolate syrup called Fox's U-Bet is the malty mocha your cold brew has been missing.