It’s hard to capture lightning – or, in Tommy Stinson’s case, the party – in a bottle. The Replacements were that party. Boy, were they. But truly great parties like this are magical things. They just happen, and there’s only so much you can do to force it. And poor Stinson has been chasing it for a long time.

He tried exactly that immediately after the Replacements disbanded with Bash & Pop. The band released an album in 1993 and then it was over with little but a small cult footprint. Other music concerns eventually took over him, including playing bass in Guns N’ Roses. And then, in the ultimate tease, the Replacements actually reunited in 2012, only to buckle under their own baggage again in 2015.

Now, Stinson’s finally resurrected Bash & Pop and just released a follow-up sophomore album after 24 years this January on esteemed indie label Fat Possum. If the party chemistry was already elusive even before the dust of the original Replacements’ 1991 implosion settled, you’d think that it would be sheer fantasy at this point. And then you press play on the new album, Anything Can Happen.

Turns out, the title is right, prescient even, because this record is good, eerily good, a miracle. It’s maybe the best channeling of the ‘Mats spirit there’s been, at least in a very long time. With a surprising number of instant classics, it’s better than their hard-core purists would ever like to admit. 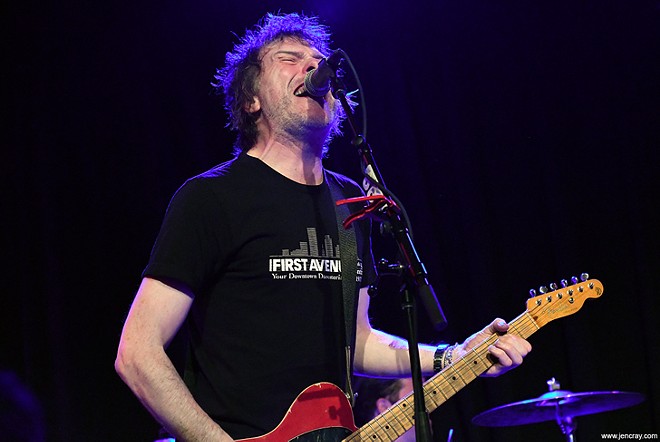 On stage at their recent Orlando show, they were loud, smeared and remarkably vigorous. The soundtrack to barroom romanticism and pure revelry, they pounded out wide-swinging American rock & roll born of perfect melodies, a little snot and a lot of true belief. But even if their aesthetic is a little shaggy by design, the band actually delivered it with precision and muscle. Then again, this assemblage is a group studded with members of the Hold Steady, Mighty Mighty Bosstones and Screeching Weasel.

As for Stinson himself, the guy commanded the frontman spot like he was always meant to be there and attacked it like a punk lifer. Personifying that hallmark dynamic between heart and spit, he openly and sharply barked about some technical issues. But each time, he overcame despite them with touching and personal gestures like unplugged, gather-round performances that really stoked the crowd until the problems were fixed, proving that he’s struck the balance between hardened warhorse and unflappable showman. 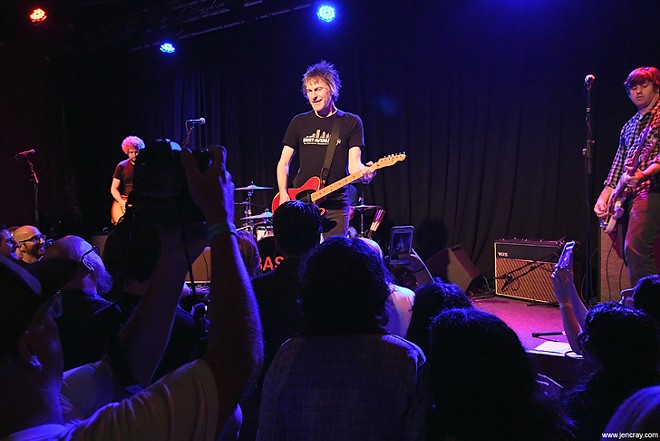 It looks like someone found the keys to the glory days. The original marrow, it seems, still exists and Tommy Stinson is tapping it. Make that shot a double, barkeep.

Opening was local band Plane Versus Cult. Slow and measured, they play roots-rock that moves with deliberation and mood. Even if some of the drama is a little forced, their indie-leaning music breathes with robustness and atmosphere.