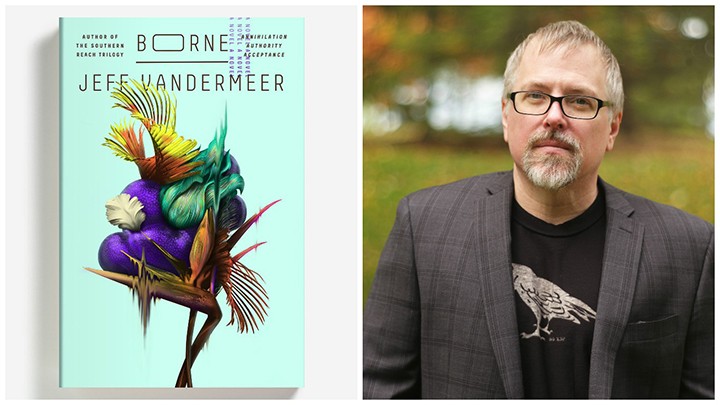 Tonight's Burrow Press event isn't "just" a reading (not that there's anything less than delightful about their readings); it's a meeting of the minds between two environmental thinkers with very different takes on the natural world. Jeff VanderMeer, acclaimed author of the dystopian Southern Reach trilogy, released his latest novel, Borne, last month. Like the trilogy, it's an enticing and foreboding look at the intertwining of technology with nature, organic family relationships in conflict with a capitalism motivated by greed and control. WMFE's Amy Green, on the other hand, is an award-winning environmental reporter whose forthcoming book, Moving Water, is a look at the attempt to save the Everglades. "Journalism tells us where we stand now," says Jared Silvia, host of the Functionally Literate series, "and fiction can warn us about where we're headed." Well, OK, but let's hope life with flying giant bears and "surveillance moss" never becomes a reality.