This 'Judgmental Map' of Magic Kingdom is pretty accurate 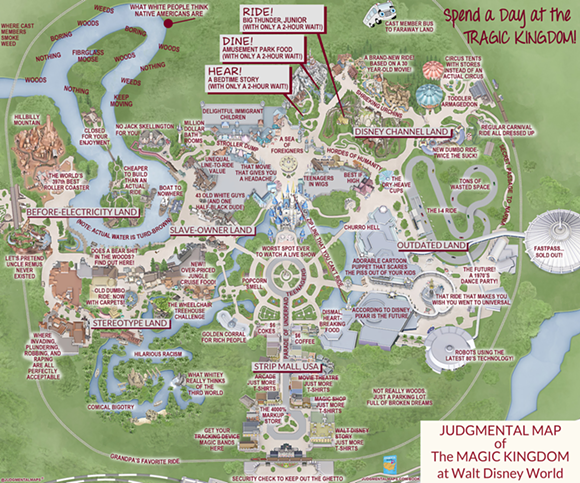 Judgmental Maps, the site behind last year's brutal map of Orlando, recently released a new Magic Kingdom edition, and it's just as "judgy" as you'd expect.

The new Disney map covers all the basic locations and it's fairly spot on.

A few of the standouts include the "Parade of underpaid teenagers" and "Where castmembers smoke weed."