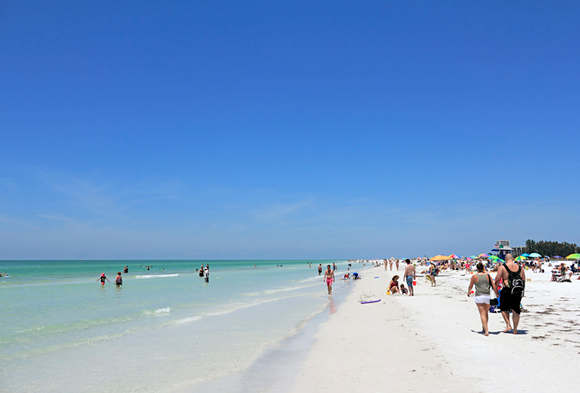 Dr. Beach, arguably the authority on all things beachy, has once again confirmed what Floridians and snowbirds already know: The best beaches in America are here in Florida. However, according to this year's list, Siesta Beach is as good as it gets.

According to Leatherman, Siesta Beach, which is only about a 2.5-hour drive from Orlando, has the "finest, whitest sand in the world" and a "gently-sloping beach-face" that has put it at No. 1 for the second time, with the first time being in 2011.

Other Florida beaches also took high honors. Caladesi Island State Park in Clearwater was chosen as No. 7, and Grayton Beach State Park in the panhandle came in at No. 4.