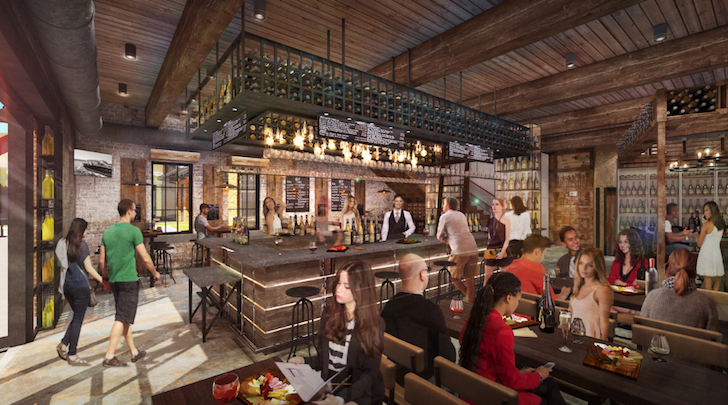 Disney Springs is peppering in some new dining experiences. According to Disney's official blog, two new restaurants are expected to open in 2018.

Wolfgang Puck Bar & Grill, which is opening in a new location in Town Center, will resemble the laid-back California feel of Puck at Spago, Puck's flagship restaurant in Los Angeles.

Disney Springs will also be the first to open a Florida outpost of Jaleo, which currently has four locations in the U.S. and one in Mexico City. The restaurant, which will be located on the West Side, will feature traditional and contemporary Spanish cuisine, and the first floor will have a "grab-and-go" storefront with Spanish-style sandwiches if you're on the move.

But you don't have to wait until next year to try something new at the Springs. Coming in the fall of 2017, Top Chef Master Chef Tony Mantuano is leading development for a restaurant (that is yet to be named) inspired by his adventures in Italy. The new spot will replace Levy's Portobello Trattoria. No exact date has been announced for this project.

As previously reported, Wine Bar George is also expected to debut this fall. The new concept will feature an extensive wine list with over 100 selections by the bottle and glass. Master Sommelier George Miliotes, who also helped develop, open and manage California Grill at Disney's Contemporary Resort from 1995 to 2002, will bring his expertise to the table to offer guests a unique experience that will include wine education and special events.

Inspired by the Los Angeles location, a new watering hole will also make an appearance by the end of the year. The Edison, a steampunk-style bar, will feature classic American food, craft cocktails and live entertainment.