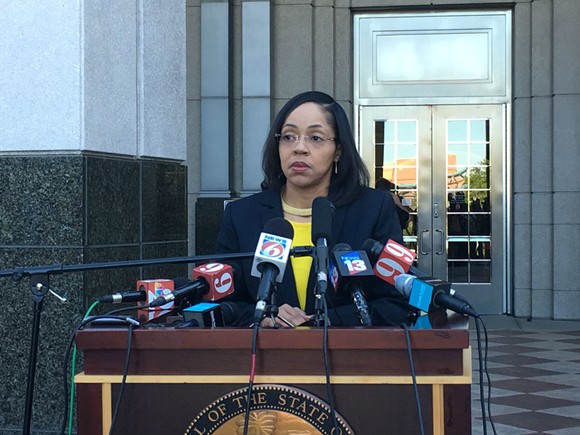 Florida Gov. Rick Scott and Orange-Osceola State Attorney Aramis Ayala will finally meet in court at the end of the month.

The Florida Supreme Court will hear oral arguments from Scott and Ayala in their death penalty legal battle at 9 a.m. Wednesday, June 28.

Back in April, Ayala filed suits in federal court and the Florida Supreme Court, after Scott stripped the state attorney of 22 of her office's first-degree murder cases.

The Florida Supreme Court has already ruled that Ayala will not temporarily regain her cases while the lawsuit continues. Instead, 5th Judicial Circuit State Attorney Brad King, who Scott put in charge of Ayala's cases, will continue to have jurisdiction.

Scott's actions were a response to Ayala announcing she would not seek the death penalty for Markeith Loyd, who was arrested for fatally shooting his pregnant girlfriend and Orlando Police Lt. Debra Clayton.

Ayala, who has received negative attention from Scott, Attorney General Pam Bondi, and many more extreme members of the general public, opted not to pursue the death penalty for Loyd or for any cases during her administration.