Jack Thompson, the man who once ran the popular Jax 5th Avenue Deli in College Park and Lake Mary, is returning to Orlando to open Jax Thornton Park. 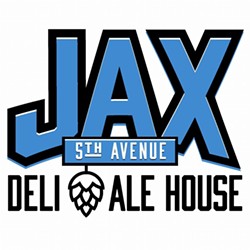 The restaurant will take over the space that recently housed the Baoery and is expected to open in August, says Greg Richie, corporate executive chef and partner of the Thornton Park Restaurant Group, which leases the space.

Thompson sold off the College Park and Lake Mary locations of Jax 5th Avenue Delis in 2012 and hit the road to North Carolina where he, and his wife Sandy, opened Jax 5th Avenue Wilmington.

Thompson's return to Orlando will be a welcome one by the scores who enjoy Jax's hearty sandwiches, thin-crust pita pizzas, voluminous selection of beers, and jars of big honkin' pickles.