(Sandy) Alex G shows the allure of the obscure, with Japanese Breakfast and Cende

From his moniker to his music, most things about Domino Records artist (Sandy) Alex G are elliptical. The Philadelphia sphinx is one of those artists that inhabit a world all their own. He doesn’t rely on genre traditions. He barely even obeys them. His brand-new album, Rocket, veers from folk (“Bobby,” “Powerful Man”) to experimental (“Horse”) to spacey android-soul (“Sportstar”) to nihilistic Dälek-esque big beat (“Brick”). Such an amorphous vocabulary can make him an elusive prospect. But it’s the artistic holy grail for those who can pull it off.

(Sandy) Alex G has already proven his total commitment to chasing his butterfly muse with no impositions on its flight path whatsoever. And his following is clearly willing to take the ride.

Live, he stepped mostly with his skewed guitar-pop foot forward, really underscoring his reputation as a throwback to iconoclastic indie heroes of the ‘90s like Elliott Smith. Be it conflicting time signatures or just odd dynamics, his music constantly suggests interesting tendencies and sometimes even explodes into unmitigated strangeness. But his lens always feels personal, reflective and curiously beckoning. It beguiles rather than dazzles. Even when his wavelength feels arcane, it never ceases to intrigue.

Opening was Japanese Breakfast, the vehicle for fellow Philadelphian Michelle Zauner (of Little Big League). Though the new album on Dead Oceans (Soft Sounds from Another Planet) doesn’t release until July 14, the band’s Florida debut gave ample and lush glimpse of it.

More than ever before, Zauner is venturing even further out, stylistically and sonically, with her own brand of genre span – from wispy, sighing pillow-talk pop to gorgeously dreamy and panoramic guitar flights, even on out to sleek electronic dance (“Machinist”). But, though the overall vision is motley, a bright-eyed ecstasy permeates it all.

Though they were the most straightforward act on the bill, Cende were anything but the least. They’re a Brooklyn band whose name – pronounced “send” – is apparently a Descendents reference. 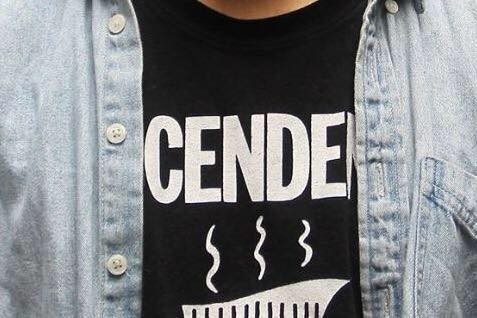 And they’re loaded with members of very notable rising young bands LVL UP and Porches. But, those weighty associations aside, Cende deserve their own place in the race. Their music, pulsing with pace and melody, is punk-kicked power pop dialed in to the indie-rock now. Live, they’re a finely tuned jet of spirit, wire and sinew. And between their beaming, just-released debut album (#1 Hit Single) and tight, bracing stage presence, this band’s both real and ready.