John Morgan plans to sue for the right to smoke weed 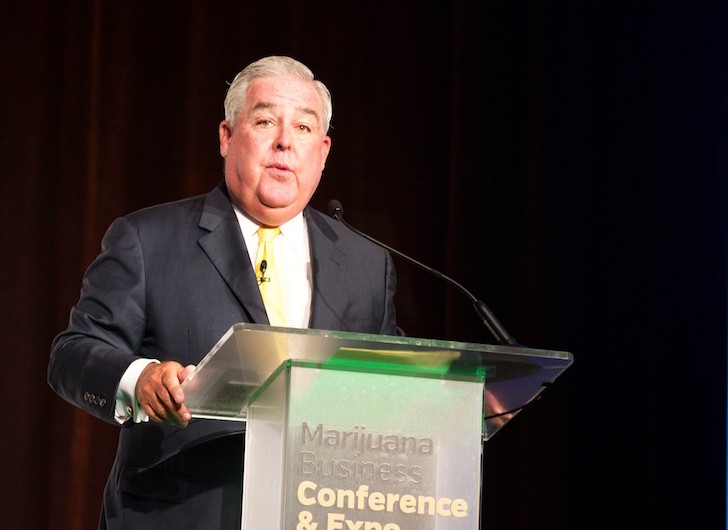 After a framework for Amendment 2 was finally established, it left many pot-supporters unsatisfied because you still can't actually smoke marijuana – and those supporters include Orlando attorney John Morgan.

With the aid of John Mills, the dean emeritus of the University of Florida's Levin School of Law, Morgan plans to file a lawsuit in Leon County over the bill that bans smoking as a form of consumption of medical marijuana in Florida, reports the Associated Press.

Last year's Amendment 2, which was passed by 71 percent of Florida voters, called for state laws to be in place by July 3 and enacted three months later. Once the Legislature finally drafted a bill, many believed that it fell short by prohibiting smoking.

The Senate Democrats tried to defend adding smoking to the bill by arguing that 90 percent of users smoke it, but it was voted down.

While Morgan was happy to see the Legislature pass a bill instead of leaving it up to the Department of Health, he said that in the end, the bill came down to special interests instead of patients. He said that those who voted for the passing of the amendment expected smoking to be one of the ways to consume medical marijuana.

"I don't know why they would object to anyone on their death bed wanting to use what they wanted to relieve pain and suffering," he said to the AP.

While vaping is allowed in the bill, Rep. Ray Rodrigues and State Sen. Rob Bradley repeatedly couldn't answer what the difference is between smoking and vaping.