You need to make at least $20 an hour to afford a two-bedroom in Florida, says report 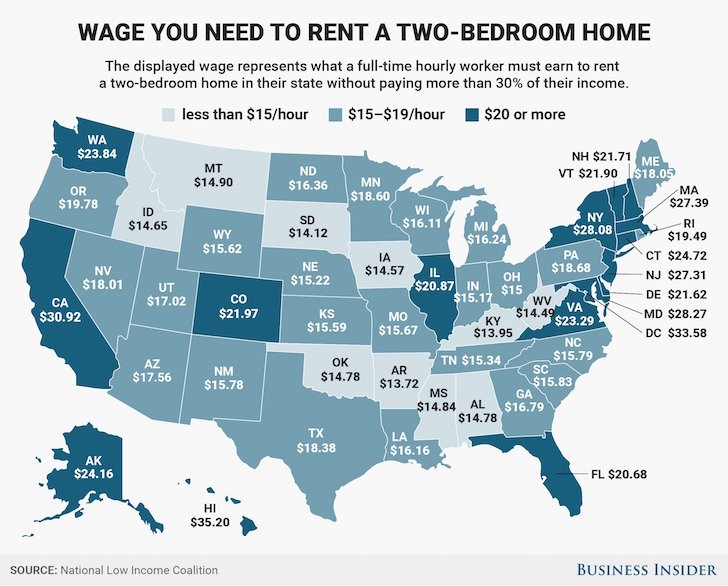 By now it should be painfully clear that the United States has an affordable housing crisis, and Florida is right in the thick of it.

According to a recent report from the National Low Income Housing Coalition, which measured the average hourly wage necessary for a person to rent a two-bedroom home, a Florida resident needs to make over $20 an hour to be able to afford a two-bedroom apartment or home.

Based on a 40-hour work week and an average rent of $1,075, which is the Florida Fair Market Rent rate, a minimum-wage worker would need to work 102 hours a week in order to rent a two-bedroom pad, says the report.

While that increase does mean an extra $104 dollars for minimum wage workers in Florida per year, the pay still falls drastically short of a reasonable standard of living – especially in Orange County, an area described as being being high in accessibility but low in opportunity. From 2011-2015, according to the report, 45 percent of homes were rented and the estimated hourly mean renter's wage was only $16.07.

If you're curious on the methodology of this report, they looked at what a full-time hourly worker needs to make without spending more than 30 percent of their income, compared to the rates from the department of Housing and Urban Development's Fair Market Rents.