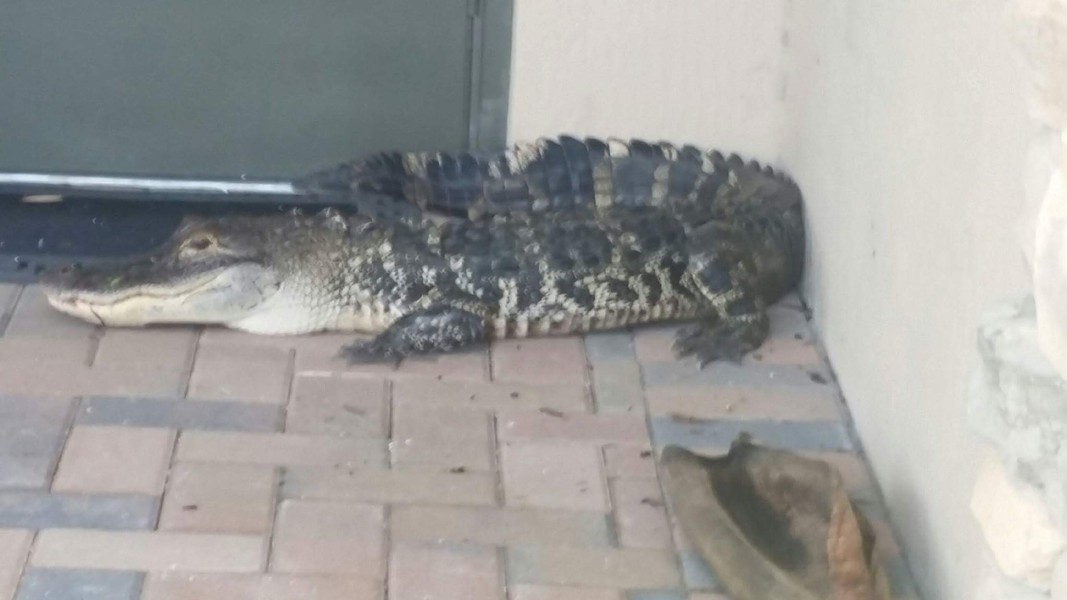 Deputies with the Broward Sheriff's Office were called to remove a gator hanging out on the front porch of a home in Parkland, Florida.

According to a post on Facebook from BSO, a neighbor spotted the gator and notified authorities, as well as the homeowners. A trapper was then called to "relocate" the gator.

It's worth noting that we are currently in the midst of mating season for Florida alligators, so it's not unusual to find these reptiles in unexpected places, like a front porch or a pool.

Females typically lay between 36-42 eggs between June and July, says the FWC. Also, males will travel to some pretty far off places just to "get it in."
Basically, you should just play it safe and expect gators wherever you go.