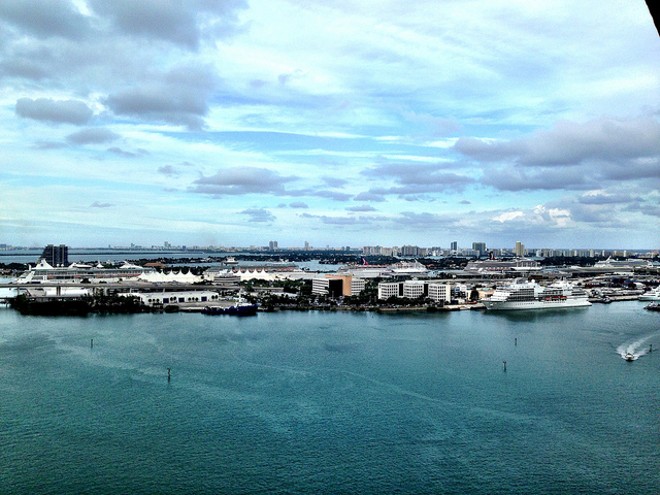 Rejecting arguments by a private marina that said it was put at a competitive disadvantage, the Florida Supreme Court on Thursday ruled that city-owned marinas are not required to pay property taxes. The unanimous decision, which focused on marinas owned by the city of Fort Pierce and the Fort Pierce Redevelopment Agency, raised constitutional questions about whether property-tax exemptions for government property should also apply to publicly owned marinas. The owners of the private Harbortown Marina in Fort Pierce argued that the municipal Fort Pierce City Marina and Fisherman's Wharf Marina do not serve a “municipal or public purpose” and, as a result, should not receive tax exemptions. “The term `municipal or public purpose' describes a governmental use of property —- such as for a city hall, or a park —- not a commercial use,” attorneys for the private marina argued in an October brief filed in the Supreme Court. “The City Marina and Fisherman's Wharf are commercial enterprises engaged in exactly the same business as petitioners' Harbortown Marina, which no one would contend serves a `municipal or public purpose.' “ But in a 24-page ruling written by Justice R. Fred Lewis, the Supreme Court said public marinas help meet transportation needs of coastal communities and help ensure waterfront access. “Municipalities across the state have struggled in recent years to protect both a view of and access to the water to the citizenry from the profit-oriented grips of developers seeking to privatize the waterfront through the construction of towering condominium and apartment buildings that block the waterfront from those who do not have the means or simply do not want to live in a condominium,” Lewis wrote. Also, the ruling said public marinas help meet recreational needs. “Landlocked citizens may break free from the confines of their yards or apartment complexes and enjoy the magnificent Florida waters through public marinas,” Lewis wrote. “Moreover, the fact that not everyone enjoys boating by virtue of the varied and wide-ranging interests that render us human has no bearing on our analysis. Florida courts have repeatedly recognized that similar taste-based recreational activities, such as golf and tennis, are sufficiently essential recreational activities that support application of the constitutional exemption.” The owners of Harbortown Marina filed the lawsuit in 2011 against the city, the redevelopment agency, the St. Lucie County property appraiser and the Florida Department of Revenue, according to Thursday's ruling. A circuit judge ruled in favor of Harbortown, but the 4th District Court of Appeal upheld the constitutionality of the tax exemptions last year. In its appeal to the Supreme Court, the owners of Harbortown said property taxes were the private marina's second-largest operating expense, behind employee compensation. A brief said Harbortown was “disadvantaged by the differential tax treatment of municipal and private marina property in Ft. Pierce.” “The suit was brought because petitioners owned a nearby private marina that paid substantial real estate taxes, and they believed the municipal marinas, being in the same market, should be comparably taxed to eliminate their commercial advantage,” the brief said. But the Florida League of Cities, in a friend-of-the-court brief filed on behalf of Fort Pierce, argued that the private marina's arguments could have broader implications and lead to municipalities being taxed on other facilities related to such things as transportation and recreation. “A truly basic concept is that it is bad tax policy for government to tax government, and even worse for the government to tax itself,” the Florida League of Cities brief said. “Citizens should not be forced to pay not only for their government's operations, but also pay a tax imposed on their government by another government.”