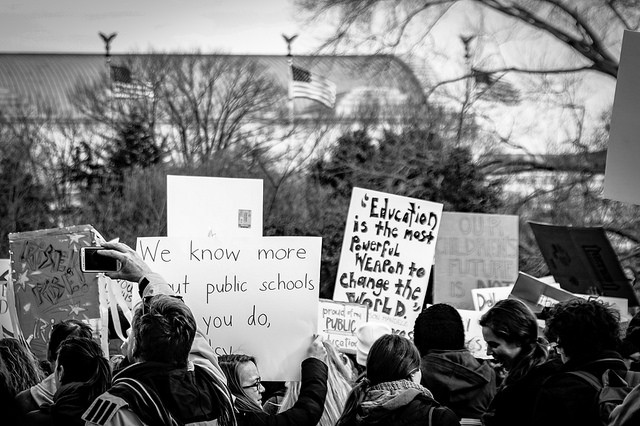 Today, Florida Gov. Rick Scott is expected to sign a heated education bill in Orlando and protesters will be here to greet him.

The bill, HB 7069, was pushed forward by Speaker Richard Corcoran and covers a swath of issues, including raises, recess and state testing. However, the most controversial part is the section that siphons money to charter schools.

Protesters organized by the For Our Future PAC will gather at the Orange County School Board (445 W. Amelia St.) at 12:30 p.m.

Scott is expected to sign the bill at 3:45 p.m. at Orlando's Morning Star Catholic School, a school for children with special needs that benefits from the new bill.