One thing that niche genres often do is place aesthetics like mood or fashion over fundamental songwriting. That’s where Black Marble are distinct. Sure, they pack all the requisite gloom and doom of a card-carrying coldwave act. But unlike the bloodless severity of some of their contemporaries, however, Black Marble feature a notable and – dare I say it – radiant aptitude for melody. Clearly manifest despite its introversion, it’s a quality that glimmers warmly even in the shade of framing and tones that all suggest everything opposite.

Due precisely to that distinguishing aspect, what can often play as distant and muted on record felt intimate and inviting on stage and at live volume. Moreover, they play songs, not just soundtracks. And under all the dourness de rigueur to their genus, their songs are actually quite lovely and dance with an understated but notable breeze. Given a different treatment, many of them could actually be brilliant indie- and twee-pop nuggets.

Black Marble are one of the most approachable and affecting coldwave acts on the scene. It’s probably why the musically modest and relatively young band has already built an impressively hefty recording résumé on tastemaker labels like Hardly Art and Ghostly International and is on its way to phenom status. 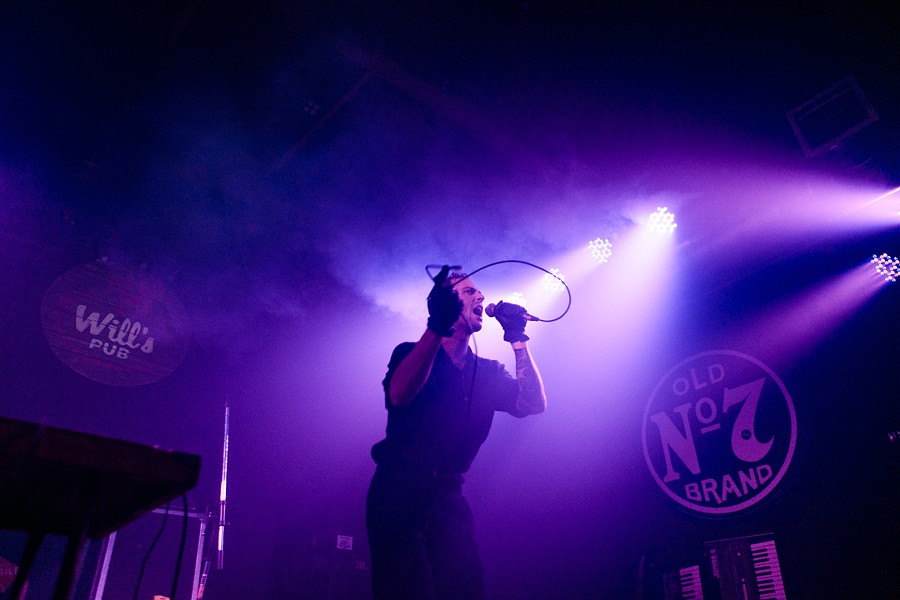 Arizona opener and tourmates Body of Light, however, are much more literal in their synth revivalism. Not to throw too much jaded been-there-done-that shade, but I have lived enough of that era’s sound to have some perspective on both the virtues and folly of the epoch. That their synth-dance is a direct cop of that time isn’t the problem. The sin is simply the mediocrity of their songs. A resurrection of the fairly generic sides of ‘80s underground dance, their sound is more an exercise in style than in music.