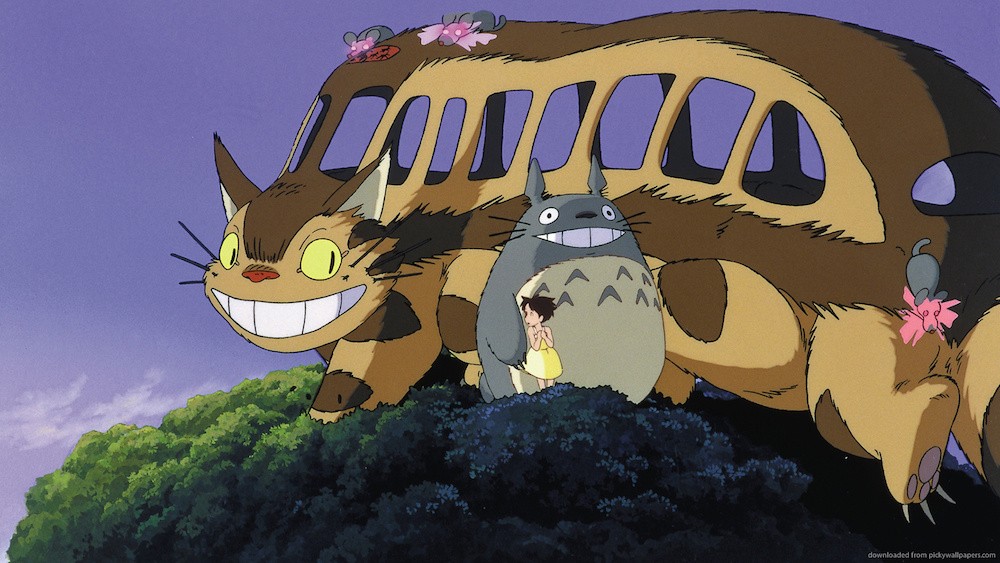 Japanese animator Hayao Miyazaki has a fervently adoring fandom, many of whom already own his Studio Ghibli releases, but the chance to see My Neighbor Totoro, Spirited Away or Princess Mononoke on the big screen is always an event.

Fathom Events, the nationwide cinematic event company, recently announced a six-film, six-month Studio Ghibli Fest, kicking off this weekend and continuing through November. Each film plays on a Sunday midday, with a repeat screening Monday evening. See the full schedule below. Tickets and theater information are available at fathomevents.com.

“My Neighbor Totoro” (1988) – Sunday, June 25 and Monday, June 26
STUDIO GHIBLI FEST kicks off with one of Studio Ghibli’s most iconic films (and characters) in this family classic from legendary director Hayao Miyazaki. Two young girls, Satsuki and Mei, move with their father to a new house in the countryside. But country life is not so simple as it seems, as they soon discover the house and nearby woods are full of strange and delightful creatures, most notably a family of Totoros, gigantic but gentle bear-like forest spirits that can only be seen by children.

“Kiki's Delivery Service” (1989) – Sunday, July 23 and Monday, July 24
This is the beloved coming-of-age story of a resourceful young witch who uses her broom to create a delivery service, only to lose her gift of flight in a moment of self-doubt. It is tradition for all young witches to leave their families on the night of a full moon and set out into the wide world to learn their craft. When that night comes for Kiki, she embarks on her life journey with her chatty black cat, Jiji, landing the next morning in a picturesque seaside village, where a bakery owner hires her to make deliveries.

“Castle In The Sky” (1986) – Sunday, August 27 and Monday, August 28
This title is a rollicking adventure about a young girl with a mysterious crystal pendant, who falls out of the sky and into the arms and life of young Pazu – a consummate mechanic obsessed with aircrafts. Together they search for Laputa, the floating island in the sky, and site of a long-dead civilization promising enormous wealth and power to those who can unlock its secrets. But greedy pirates, spies and the army are also all in hot pursuit!

“Nausicaä of the Valley of the Wind” (1984) – Sunday, September 24 and Monday, September 25
There are few films, animated or otherwise, of such sweeping scope and grandeur as this one. Set in a devastated future world decimated by atmospheric poisons and swarming with gigantic insects, Nausicaä is a young princess, both brave and innocent, whose love for all living things and passionate determination to understand the processes of nature lead her into terrible danger, sacrifice and eventual triumph.

“Spirited Away” (2001) – Sunday, October 29 and Monday, October 30
Following the smash-hit 15th anniversary celebration, the Academy Award-winning masterpiece “Spirited Away” returns to movie theaters as part of this unique Studio Ghibli celebration, just in time for Halloween. Chihiro thinks she is on another boring trip with her parents, but when they stop at a village that is not all that it seems, her parents undergo a mysterious transformation, and Chihiro is whisked into a world of fantastic spirits, shape-shifting dragons and a witch who never wants to see her leave. She must call on the courage she never knew she had to free herself and return her family to the outside world.

“Howl’s Moving Castle” (2004) – Sunday, November 26 and Monday, November 27
“Howl’s Moving Castle” is an acclaimed fantasy based on the novel of the same name, and the second Studio Ghibli film (after “Spirited Away”) to be nominated for Best Animated Feature at the Academy Awards. Sophie, an average teenage girl working in a hat shop, finds her life thrown into turmoil when she is literally swept off her feet by a handsome but mysterious wizard named Howl. However, after this chance meeting, the young girl is turned into a 90-year old woman by the vain and conniving Witch of the Waste. Embarking on an incredible adventure to lift the curse, she finds refuge in Howl’s magical moving castle.