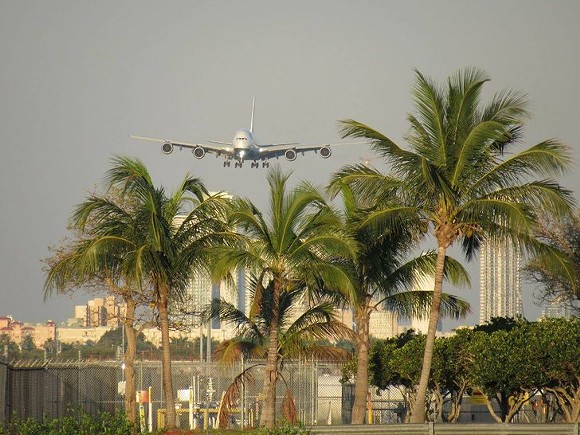 An Uber driver in Miami was fined $250 on Sunday for not speaking English.

When a Miami International Airport officer approached Carmen Echevarría as she let her passengers out onto the curb, she asked one of the passengers to help translate what the officer was saying.

"Then she asked why, if I was an Uber driver, I didn't speak English," Echevarría told Telemundo 51, the first station to report the citation. "I told her 'so sorry, a little English,' then she called the inspector who also confronted me and told me in order to be an Uber driver I needed to speak English."

When Uber, Lyft and other similar companies were authorized to compete with taxis in Miami-Dade County legislation approved in May of last year, an English-language provision within the law was adopted, reports the Miami Herald. The law was intended to be a safety measure.

In a statement written to NBC Miami, Miami-Dade Department of Public Transportation public relations officer Karla Damian noted that the drivers don't need to be "proficient" in English, but "should have some knowledge of the English language in order to communicate with a passenger in case of an emergency or to receive and understand basic directions from the passenger(s)."

As there are census figures showing that 73 percent of the county population speaks languages other than English at home, Echevarría complained of unfair treatment.

A bill passed in April and signed by Gov. Rick Scott last month will set standards consistent throughout the state rather than county-specific regulation. Local rules, including the English-language provision, will be overturned as of July 1.

The provision is yet to be officially overturned, so Echevarría is technically still in violation. But Miami-Dade Mayor Carlos Gimenez has told NBC Miami that the county is reviewing the case, and his office said that he will likely waive the fine.