Since forming in high school, young Pennsylvania band the Districts have built a name on a shaggy and true brand of rock that’s as rootsy as it is indie. And it’s a sound that’s carried the kids up to being made men on prime indie label Fat Possum in short order. But everyone’s in for a pretty big surprise on August 11 when their upcoming album Popular Manipulations comes out, perhaps their own fans most of all.

If the Districts’ sound before was a romping Deer Tick-esque hayride, their new look is a silver jumbo jet aimed at the epic skies of Wolf Parade. It’s not simply that their wild, rambling hairs have been groomed. It’s that every fiber and skyward instinct of their being has been newly concentrated, unionized and mainlined with towering purpose. The result is a grand peak swirling with dizzying gusts and infinite horizon. This is a band that’s shifting gears in a dramatic way and preparing for liftoff.

Without announcing it, they provided quite a few vivid glimpses of the new album at their first ever Florida show. Even when playing the old material, though, their bearing and sonics still emphasized the new altitude. This is the sound and look of a band that have figured out their best side and have become single-minded in harnessing it. And, live, it concluded in a deafening climax:

Between the psych and shoegaze of their palette, Philadelphia openers the Spirit of the Beehive weave some beautiful atmosphere. Sonically thick but not leaden, their sound is like a range of mountainous clouds. But even amid all the haze is a powerful sense of dynamics. 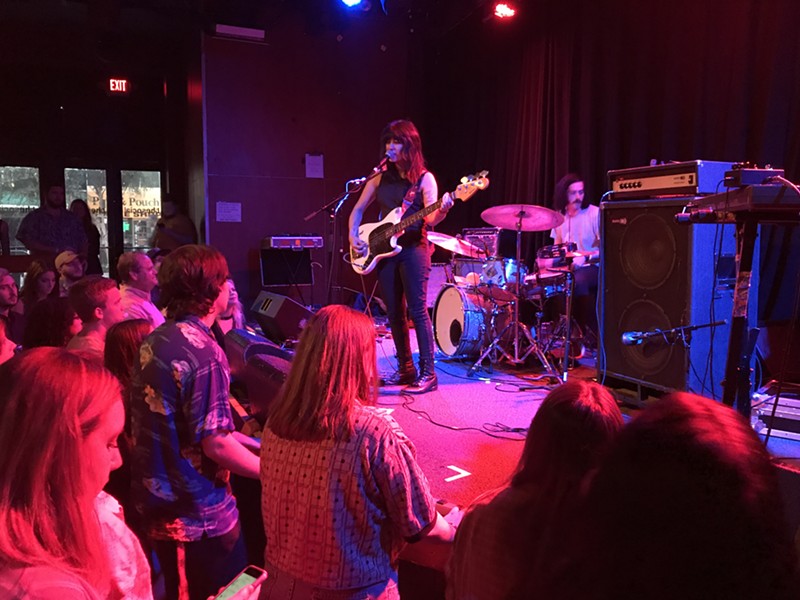 They’ll be coasting on a dream-pop zephyr only to suddenly drop the kind of gorgeous heft that Pink Mountaintops use to deal, all while maintaining their twilight pulse. It was quite an introduction to one of the best surprise discoveries in a long while. Watch these guys.