A new hotel is rumored to be headed to WDW, but Disney might not be building it 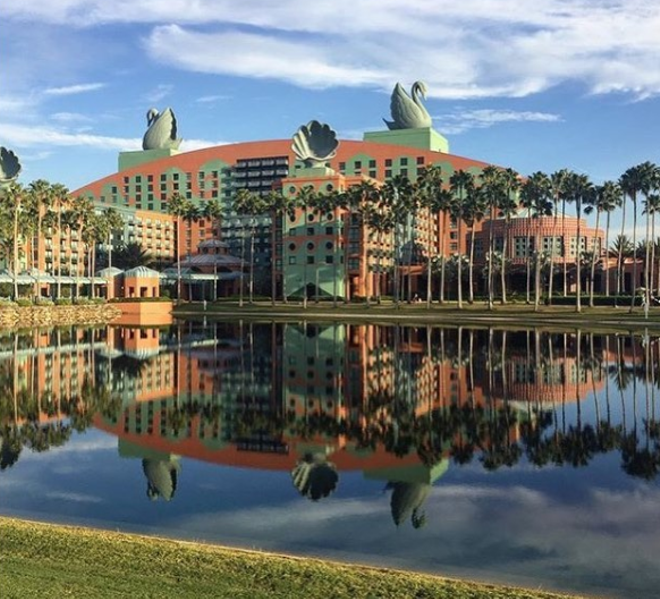 With all the major new attractions and updates throughout Walt Disney World happening over the next few years, it’s no wonder that the resort may need more hotel rooms. Theme park industry insider Jim Hill has even suggested that Disney is looking to sell out all of Walt Disney World for the entire 2021 year when they celebrate the resort’s 50th anniversary.

Sitting in the middle of Walt Disney World, the Swan and Dolphin resorts seem to want to get in on the action. The resorts, which are separately managed and involve a complex ownership that includes various investors outside the Disney company, recently went through major renovations that included updates to guest rooms, meeting spaces and dining venues. That renovation will wrap up this fall when the updated ICRAVE designed Swan lobby is unveiled.

Now rumors point to the twin resorts undertaking the biggest expansion since they opened in 1990. Orlando Theme Park News is now reporting that the less-than-popular tennis courts, which sit across Epcot Resorts Boulevard, will be replaced with a new boutique hotel. Building the hotel would necessitate the removal of the four courts, some of the parking lot and a nearby storage area. According to OTPN, the first hole of the Fairways course at Disney's Fantasia Gardens mini-golf course would also be reconfigured.

Height balloons were spotted in the area within the past few months, setting off numerous rumors of a new hotel in that area, but the reports last week are the first ones to link the new hotel to the Swan and Dolphin.

According to WDW News Today, another local theme park news blog, the new hotel will be part of The Kessler Collection, a micro line of boutique hotels within the Marriott’s Autograph Collection Hotels. UPDATED: However, a Kessler PR rep tells us the Kessler Collection has no plans to build in the location.

Sitting just across the street from the rumored new hotel is the Swan and Dolphin shared pool area. Little is known about how the new hotel may affect the pool area or when this new hotel may open.