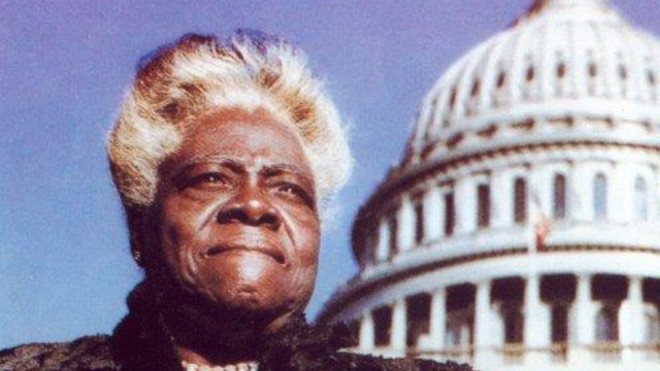 Lawmakers trying to settle on a new statue to represent Florida at the U.S. Capitol say they will take another shot next year, after legislation to pick the replacement for a Confederate general's likeness got bottled up in a state House committee.

The Legislature voted in 2016 to replace Gen. Edmund Kirby Smith, a figure who critics say has a tenuous connection to the state, during a nationwide backlash against Confederate symbols in the wake of the 2015 shooting deaths of nine African-American worshippers at a historic black church in Charleston, S.C.

Lawmakers, however, did not select a new representative for the state in National Statuary Hall in Washington, D.C. They left the decision to a future vote after an outside panel selected nominees. Each state gets two statues in the hall; Florida's other spot is held by John Gorrie, widely considered the father of air conditioning.

Proposed to replace Gen. Smith: educator Mary McLeod Bethune, Everglades activist Marjory Stoneman Douglas, and George Washington Jenkins Jr., founder of Publix. tweet this
In the 2017 legislative session, though, competing proposals and a House chairman's concerns about the process stymied efforts to approve a new figure. One proposal (SCR 1360) to use a likeness of Mary McLeod Bethune — an educator and civil-rights activist who founded what is now known as Bethune-Cookman University — passed the Senate but had no counterpart in the House.

Meanwhile, a House measure (HCR 507) that proposed using a likeness of Everglades activist and writer Marjory Stoneman Douglas never got a hearing in the House Local, Federal & Veterans Affairs Subcommittee.

Bethune and Douglas were two of three nominees; the other was George Washington Jenkins Jr., founder of the iconic Publix grocery store chain. Bethune was the only candidate to receive the unanimous support of the members of the Great Floridians Committee at a June 2016 meeting.

Former state Rep. Jose Felix Diaz, a Republican who sponsored the House bill before resigning to run in a special election for the Senate, said most states that have decided to replace one of their statues in recent years have needed time to settle on a new figure. Florida will likely be no different.

"I think that to get 160 people to agree on one person and one process is going to be difficult," Diaz said.

Among the largest hurdles are concerns from Rep. Scott Plakon, a Longwood Republican who chaired the subcommittee that declined to hear Diaz's bill. Plakon's said he has qualms about simply following the lead of the Great Floridians panel.

Given that lawmakers hammer out budget bills worth tens of billions of dollars and handle other complex legislation, Plakon said he believes that "somehow, we could pick who goes into Statuary Hall."

"I'd like to hit the reset button that (2018) session and take a fresh look at one or both of them," Plakon said.

Plakon also downplayed the suggestion that he favors Walt Disney for the hall, saying it was simply an idea that he had floated at one point.

Meanwhile, state Sen. Perry Thurston, D-Fort Lauderdale, is continuing to push for Bethune to take Smith's place. He said he was confident, based on discussions about the legislation, that Bethune will get approved in 2018.

"We look forward to both our chambers passing it next year," he said.

Either Bethune or Douglas would mark the 10th statue of a woman in the 100-piece collection, something that Diaz said would bring more balance to the hall.

"It's not reflective of the role that women have had in the history of our country or of our state," he said.