Southern Fried Sunday is known for its lineups, but the latest was a particularly exceptional one. The Citrus Circuit Tour is a roving showcase of Florida talent that area folkie Lauris Vidal has organized in the past. This time, he partnered with SFS to bring it home, making the recent edition a top-shelf beacon of some of the Sunshine State’s brightest beams of Americana. Even better, it was a roundup that featured not just the quality of Floridian roots music but also its diversity with a single-bill reach that spanned folk, blues, country and Southern rock. 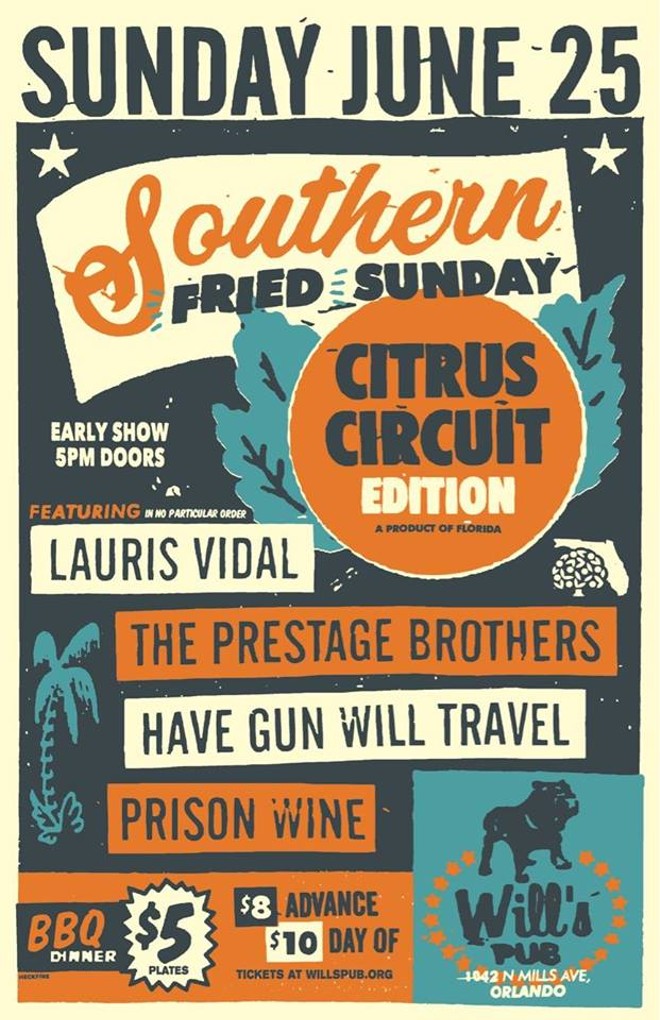 The event was capped by fraternal swamp-blues act the Prestage Brothers from South Florida, who’ve thankfully been traveling through more frequently and whom I’ve recently reviewed. In addition to them, the roster packed a couple of the region’s most notable acts, ones I’d not seen perform in quite some time.

First there was Lauris Vidal himself. With a folk aesthetic that has the distinction of having one foot deep in tradition and the other out in left field, the Central Florida artist is one of the few who can be called a true original. Over the years, he’s played in all manner of live arrangement from solo to full band, but it’s nice to see he’s still on the one-man band thing. Also good to see is that his performance is still a total revival of unchained joy and soul. 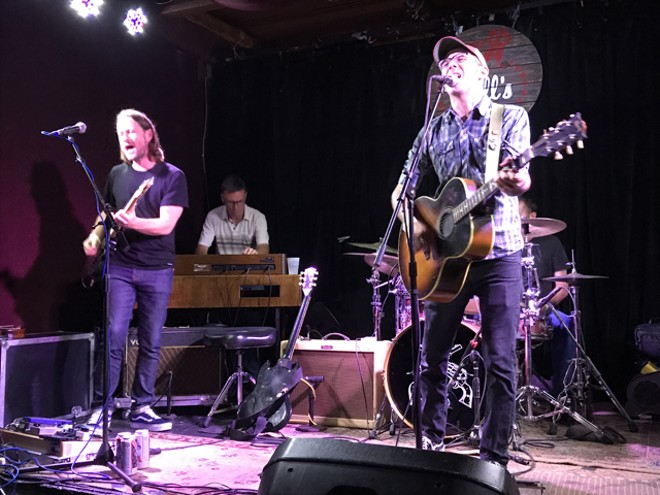 The other act not seen in a while was the Tampa Bay area’s Have Gun, Will Travel, one of the best and most accomplished folk- and country-rock bands to spring from the Florida scrub. This time, they came deluxe with lush instrumentation that included standup bass, lap guitar, organs and keys. While that setup will give anyone more wings, only a band like this does it justice. Between their skill, range and, most importantly, depth, it’s an incredibly complete package.

As far as Florida roots music goes, these guys occupy a rare stratum among the modern greats with a name that’s solid gold among the alternative-country cognoscenti. And it was a splendor to see them on stage at full sail again.

Completely new to me were openers Prison Wine. More wide open interstate than dusty back road, this Orlando quartet play hard-charging and expansive Southern rock that drips with hot-revving slide guitar. It’s a big sound with lots of grease and muscle.

And a final note: Southern Fried Sunday now, appropriately, has its own BBQ sauce (by local sauce boss Poca’s Hottest, naturally), a blood orange concoction. About time that happened.