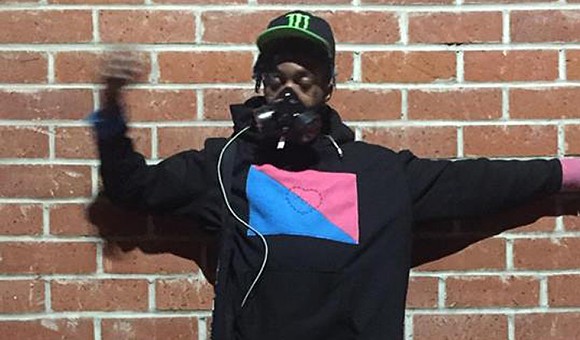 From the murkier and more anarchic corners of Soundcloud comes Lil Tracy, a distinctly 21st-century MC who is a living riot of outer limits pop-culture signs and signifiers, but, crucially, has the delivery to back up his visual sensory overload. The rapper formerly known as Yung Bruh, Toreshi Minaj, and Yunng Karma first turned heads on collaborative tracks with fellow GBCer Lil Peep, but came into his own with last year’s “Pictures,” a song that garnered him over a half-million SC plays. Lil Tracy’s sound is a potent mix of in-the-now pop music – Autotune-drenched vocals comparable to a shoegaze band’s reverb worship, bleeding-edge production from the likes of BigHead and Cash Money AP – and no hesitation to delve deep into personal vulnerabilities in his lyrics. But it’s as much Lil Tracy’s distinctive image that gets him that crucial second look from an increasingly numbed online audience, a head-on collision of gothic chic, gold fangs, trap vogue and heavy nods to anime excess. Lil Tracy sends out alien transmissions from the new now – and his messages are finally being received, loud and clear.