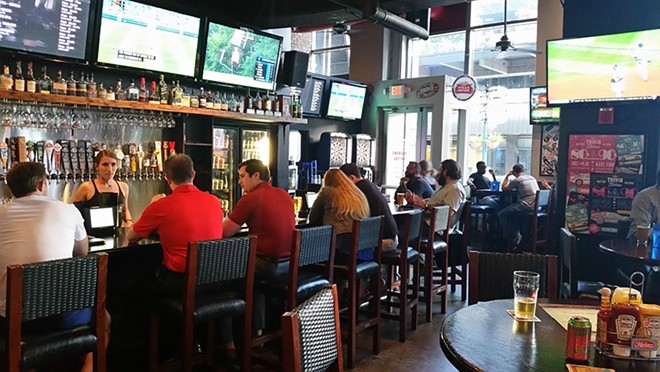 Instead, Pete Downing, current owner of Frank & Steins hot dog-centric bar space, is eschewing his souped-up tube steaks in favor of a food hall featuring some of Orlando's already-loved artisans.

Coming to the new food hall space, which Downing hopes to open in early August, will be a second location of Da Kine Poke (currently housed at the Local Butcher and Market in Winter Park, formerly the Meat House), a second Gnarly Barley location, and a wood-fired pizza stall run by Anthony's of Thornton Park.

Oh, and there will be a bar with to-go six packs and growlers.

With the inclusion of Da Kine Poke, the block is about to be saturated with the Hawaiian raw fish dish, as a location of Miami-based Ono Poke Shop is also slated to move in next door to Red Mug Diner on Pine Street, just one street over from the new food hall, soon.