June 29, 2017 at 3:01 PM
comment
THIS LITTLE UNDERGROUND
The Every Other Wednesday Session, Harp and Celt, June 28 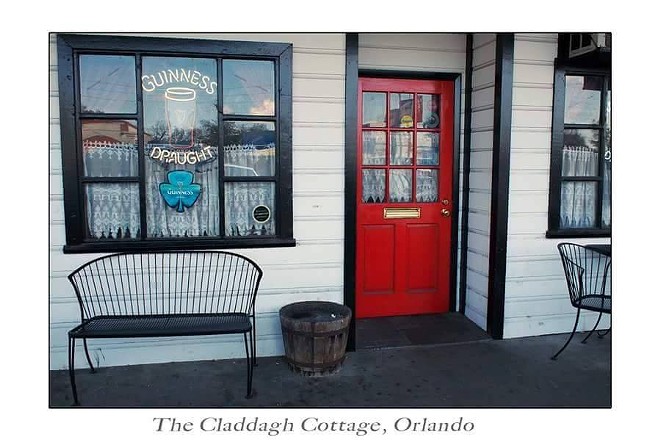 Last summer, news that longstanding Irish public house Claddagh Cottage was being forced to close lit up the local media. But it was an interesting story by Brendan Byrne of Orlando NPR station WMFE (90.7 FM) that piqued my particular attention, and it was about the Every Other Wednesday Session that happens there.

There are all kinds of jams in the metro – from blues to jazz to folk to rap. But traditional Irish music is a bit of rarity, and that’s why the biweekly Every Other Wednesday Session stood out. Since the original Claddagh Cottage closed at the beginning of the year, the EOWS has temporarily relocated downtown to the Harp and Celt. At the latest session, a group of between five and up to seven players sits round-table, tucked into the back corner of the pub. Between them, they pack the usual guitar, mandolin, banjo, flute and fiddles – and even less usual things like traditional Irish bagpipe the uilleann pipes. I don’t know how it played in the old Claddagh Cottage, but here it gives the bar some real pulse and authenticity. 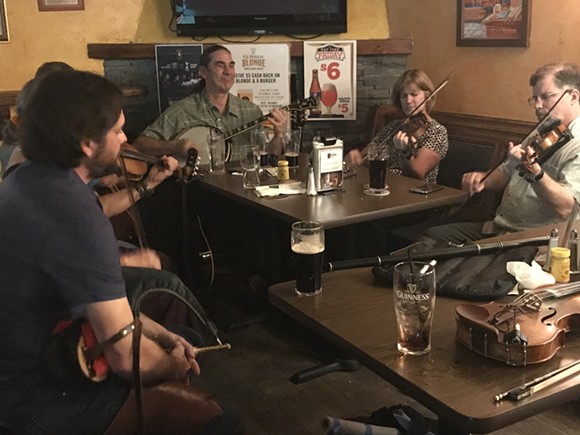 The session didn’t attempt to monopolize the room like a show, nor did it even curb the moments of louder bar conversation. But sidle up close to the music and you know that what they weave makes the difference between a pub that’s Irish in name and one that’s truly Irish in heart. I suspect that’s exactly how it was at Claddagh. It’s the only effect that one of the truest and most organic slices of Irish music in the city could have. This humble congregation exists not for theme, gimmick or even audience, just pure love of the form and tradition. And it was beautiful.


EOWS isn’t a concert, it’s a community. Though the relatively obscure gathering is small and modest, it’s been going since 2001. That says a lot about its personality and commitment.

Luckily, the beloved Claddagh Cottage has secured a new, more auspicious location – just a little further down the road on Curry Ford right next door to the promising Hourglass District that’s a hot and unfolding topic as we speak – with an opening set for this summer. And this local music tradition, which is actually anchored by current Claddagh owners Scott Vocca and Vicki Gish, will soon have the chance to forge the new Claddagh fabric from its very inception. With the atmosphere these players provide, the new place will be graced with instant patina and soul.