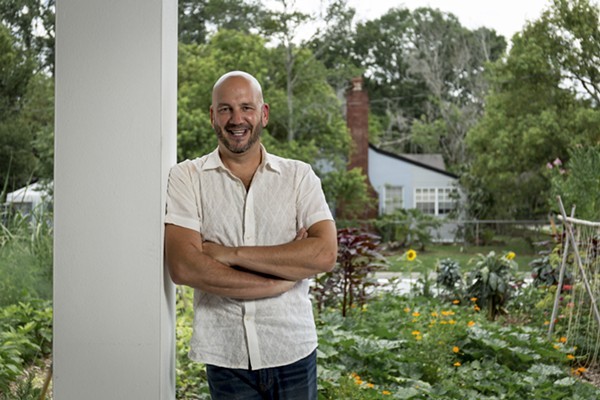 It's hard to believe, but in a couple of weeks James Beard Award-nominated chef, and inaugural BITE Award recipient, Kevin Fonzo won't be manning K Restaurant in College Park.

Fonzo told me he and his family sold the restaurant to Chad Phelps, who'll take over the restaurant July 14. Phelps' cooking experience includes stints as a military chef, catering chef and chef at Florida Hospital.

If you're thinking the new menu will include some hospital food classics, fret not. Fonzo says the restaurant name, concept and menu will remain the same, and all the restaurant staff will be retained. Phelps, however, will invest in some minor renovations to the interior as well as the backyard patio.

The reason for the sale is personal. "When both my parents passed a couple of years ago," says Fonzo, "their wish was for us to sell the restaurant to help put my siblings' children through college. We wanted to honor our parents' wishes and the time was right."

Fonzo will stay on for a couple of weeks after the sale to help with the transition. After that, he'll focus his time and energy on his foundation, as well as the Emeril Lagasse Kitchen House & Culinary Garden, which he helped established across the street from the Orlando Junior Academy.

He'll continue to lead culinary tours through Europe and Africa, as well as here in the U.S. in addition to starting up his own company — Kevin Fonzo Enterprises — which will focus on culinary demonstrations and cooking lessons.

"I'm not leaving Orlando," Fonzo assured me. "My heart and soul is here."